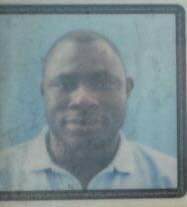 By BBN Staff: A man shot at around 5 pm yesterday succumbed to his injuries an hour later becoming the 50th person to be killed on south side since January 2017.

Police say that the Haitian taxi driver, Odner Estizeine, 40, died just before 6 pm last night from a gunshot wound to the right upper side of his back.

Initial police investigation revealed that Estizeine was driving his grey dodge van at the corner of Complex Avenue and Jones Street when several shots were fired which resulted in his injuries.