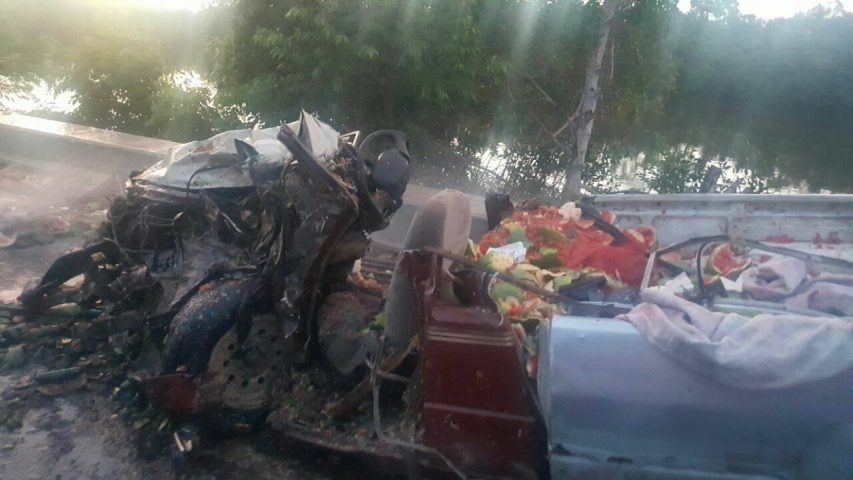 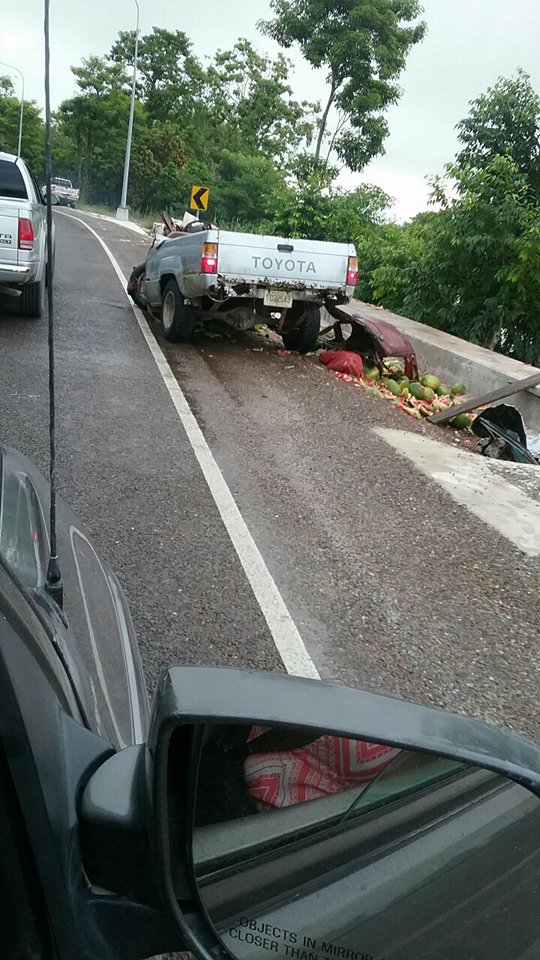 By BBN Staff: An accident near mile 8 of the Philip Goldson highway sometime before 4:00 a.m. a.m. today has left two men in critical condition at the Karl Heusner Memorial Hospital.

Ladyville police responded to the scene and saw an extensively damaged  gray and red Toyota pickup on the right side of the highway. Police then realized two Hispanic men were trapped inside the cabin.

The officers also saw the champagne color Ford Everest SUV with which the pickup truck had collided. The SUV was damaged to the driver’s side.

According to police, the Ford Everest, driven at the time by Con Murphy, 36, was traveling from  Belize City to Ladyville and upon reaching mile 8, collided into the front portion of the Toyota pickup that was transporting  watermelons and vegetables.

The driver of the Toyota, Ricardo Jacobo, of Orange Walk and passenger Luis Jacob, 19, also of Orange Walk town were freed from the cabin of the pickup by member’s  of the Belize Fire service. Both men were transported to KHMH with several bodily injuries. Police are investigating.