A Manifesto for Linda 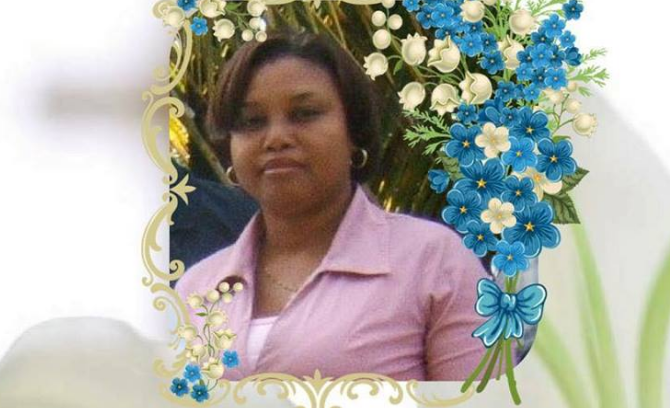 By Lisa Shoman: For more than 14 hours I didn’t even know her name. All I knew about her at first, was that she was dead, part of a murder-suicide. At first I didn’t know whether she was the suicide victim or the murdered one.

Saturday night, like these sudden February squalls, my Facebook news feed became inundated with news of a murder-suicide. The social media reactions were as the current rainstorms. Condolences poured in for his family. He was eloquently mourned by many who posted photos and remembrances.

But what struck me was that there was virtually nothing on my feed about her. There was only a photo or two of her – taken with him. On my feed, she had no name. He did. She was not being mourned on my FB newsfeed. She was all but virtually invisible. I had to ask why.

Her name is Hermelinda Pinks Emmanuel. Her friends and family know her as Linda. She was by all accounts a quiet, and very private person.

He virtual absence bothered me so much that I had to post. At first it seemed like a minimum to demand respect for her. And then as the comments began to crescendo, I found myself becoming incandescent with anger. I found myself wanting to respond viciously to those who kept making it about him. Why? Why react so viscerally?

The thing is that in Belize, domestic abuse and violence, physical, emotional, mental is our almost invisible national disease. All Belizeans know that it exists but we tend to ignore it other than as cause for “shush” and “yerisoh”. Too few of us want to get involved for fear that both parties involved will retaliate, that the abused victim will simply forgive her abuser and that nothing will really change.

We understand so little about domestic violence. We think that good people don’t abuse, that real men don’t abuse women. Real men do abuse. Good men. Educated men. Men who look like sweethearts to the world, who are happy. Men who are raised right.

And when women face domestic violence (not to mention murder) the world can be a very silent place; except maybe to ask why she didn’t do anything about it.

In 1991-92, I wrote the first Domestic Violence Act with the help of Dolores Balderamos Garcia. We had Dorla Bowman and Women Against Violence (WAV) to thank for making this a reality and to lobby for its passage. We had an Attorney General (AG) who took our draft, mostly unchanged and our advice to work on the Bill and an incredible Minister responsible for Women’s Affairs to get Cabinet support and introduce the Bill and bipartisan unanimous parliamentary support to pass the Act in December of 1992.

I worked hard to help to set up the Family Court, drafted a Sexual Offenses Bill, and helped to amend and pass a Sexual Harassment Act. I have litigated for countless women. I have prosecuted child molesters and sexual offenders of women in my short stint at the Director of Public Prosecution’s (DPP’s) office. I defended a woman who killed her husband.

I have never defended any man or woman for domestic violence, rape, any sexual offense, trafficking or sexual harassment and I never will. By choice I never will. I never will because it is incompatible with my advocacy for women and girls. All of this helps to explain WHY I am so ‘EXTRA’ about this issue.

But I have neglected my own foundation – the rights of women in Belize.

So where am I now? Where are we now? It is time for action.

It is to make sure that Linda’s murder and the murder or harm of our adult and little sisters (and men who are abused) is more than just another excuse for a rant on social media.

So this is a call to arms.

It may gain acceptance and agreement, but it may also infuriate, confuse, annoy, provoke, or anger many. Most importantly, we hope it will galvanize action.

The changes range from removing the WPC title from female police constables so they can be PCs too. We propose the creation of a full Family Court Division in the Supreme Court.

We want to amend the laws to stop requiring the presence of WPCs to witness medical examinations in cases of rape. We propose raising the age of consent for sex to 18. We want ‘grooming’ to be recognized as a criminal offense.

We want the current sentences revised for offenses against the person such as assault and battery, aggravated assault, other sexual offenses such as rape and incest and domestic violence. We propose that “unlawful sexual intercourse be re-framed as ‘statutory rape’ when adults are involved with minors.

We want the law on “provocation” as a possible defense to murder to be reformed. We want evidence of past or present sexual history of the victim to be inadmissible in rape cases.

We believe that victims of violence and sexual assault and their children need more help, shelter, advocacy and care, legal, mental emotional. We want the law to mandate and provide counseling and anger management programs for men and women who offend.

We want the law to refuse and/or suspend gun licenses for domestic abuse offenders, sexual offense violators and all accused until they are lawfully acquitted and not just “nolle prosequied”.

We want special units set up in the Belize Police Department and the DPP, fully funded and properly staffed with dedicated experts to investigate, arrest and try domestic violence abusers and sexual offenders.

The changes will be short, medium and long term changes, but they can be done. They must be done. For Linda’s sake, for all our sakes, it must be done, lest we lose more Lindas.

I intend to work and partner with women (and men) who want to do this work. With the Ministry of Human Development. With the Special Envoy. With any NGO or citizen’ group who want to help. It is work that is non partisan, non political and urgent.