Dr. Alain Gonzalez fired from KHMH after 10 years on the job with no warning and no notice! 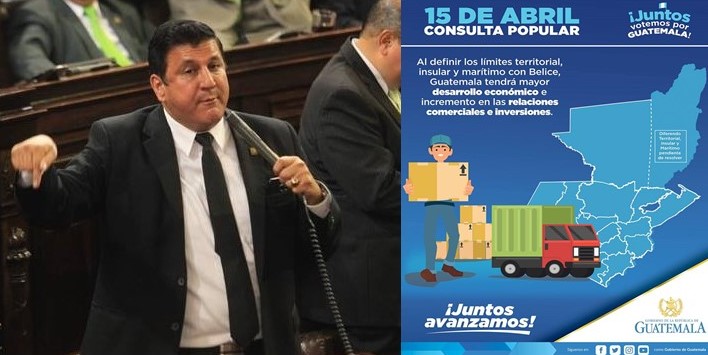 By BBN Staff: A video of Guatemala Congressman  Estuardo Galdámez speaking to Congress about the Belize/Guatemala territorial dispute has gone viral.

In the video, Galdámez tells the Guatemalan Congress that Guatemalans should vote “Yes” in Sunday’s referendum so that they can recover Brazil. The Congressman who is known to be an avid supporter of the incumbent president meant to say Belize but instead said Brazil in his speech.

“ This is something that we cannot forgive. I will go to the referendum and I will vote Yes for Guatemala to recover Brazil,” Galdamez stated.

With only 3 more days to Guatemala’s national referendum, their campaign has intensified and the Guatemalan President, Jimmy Morales and his government are encouraging residents to vote Yes to take the long standing Guatemalan claim over Belize’s land to the International Court of Justice (ICJ).