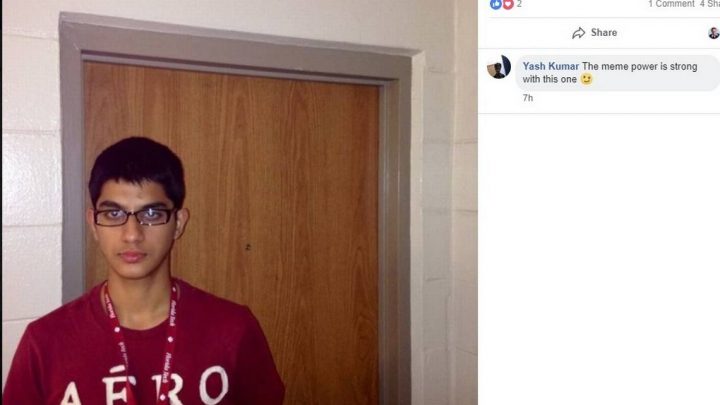 By BBN Staff: Nishal Sankat, 22, the son of University of Belize President, Clement Sankat, was arrested on Thursday in the Orlando Melbourne International Airport after he had reportedly hopped a fence and boarded a plane, which was being worked on by a maintenance crew.

Sankat was confronted in the cockpit of the American Airlines Airbus and forced off the plane. Shortly after, police arrived and took Sankat into custody. Sankat, a Florida Institute of Technology senior from the twin islands of Trinidad and Tobago, was charged with grand theft, burglary and trespassing. He was being held in the Brevard County Jail on Friday without bail.

Sankat’s father and family have since issued a statement vie the Trinidad Express Newspaper: “Professor Clement Sankat and his family appreciate the many inquiries and calls of support they have received as they go through this extremely difficult period. At this time, they have not yet been able to speak with their son, and since they have limited information, are still trying to ascertain all the facts surrounding the incident, and his well-being.”

“As expected, their focus right now is on providing all the legal, mental, emotional and parental support possible. What has occurred acutely underscores to the family the need to be aware of the challenges young students face, especially those living away from home and family,” the statement added.