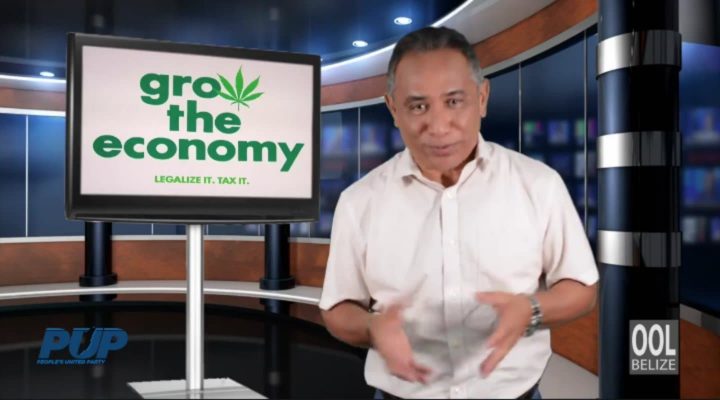 By BBN Staff: Leader of the Opposition, People’s United Party (PUP) John Briceño yesterday issued his weekly address calling for the legalization of cannabis in Belize.

Today, Cabinet met and condemned the Leader of the Opposition’s statement calling on Belize to completely legalize the drug trade in our country, and in particular to grow marijuana for export to the United States of America.

The government says that “the sudden position adopted by the People’s United Party via its leader is simplistic, ignorant and downright dangerous.”

Cabinet notes that even if the Leader of the Opposition had limited his proposal to Belize’s drug production solely for internal consumption, this would have required a level of thought, study, detail and societal consultation that is altogether missing from the hurry-come-up idea.

But even more serious, is the notion of exporting marijuana to the U.S. would constitute the very serious offense of illegal drug trafficking under American federal law.

While a few states in the U.S. have legalized marijuana, it is still illegal under federal law, Cabinet noted.

It is an activity that U.S. law enforcement authorities are relentlessly trying to interdict. U.S. Government agencies also require that producing countries cooperate with them, and the Drug Enforcement Authority in particular, in making every effort to stamp out the cross-border trade.

“ Any perceived lack of seriousness on our part results in U.S. naming and shaming, declaring us a pariah state and visiting concrete punitive measures on Belize,” GOB notes.

The correspondent banking challenges already put serious pressure on Belize’s financial services industry and would only worsen with the legalization of marijuana.

Furthermore, this would almost certainly result in a crackdown on the issuance of visas to Belizeans.

The Government says that there is also great disregard for obvious facts and Belizean intelligence inherent in Briceno’s proposal.

If the U.S. ever decides to federally legalize marijuana production, it will grow its own product employing its huge comparative technological and engineering advantages.

Indeed, rather than wanting to buy from Belize it would want to sell to Belize and others for increased market share.

The Government of Belize says that it completely rejects this hasty proposal that has serious implications for national security and international relations.