Remembering the 7 men who went missing at sea in 2007 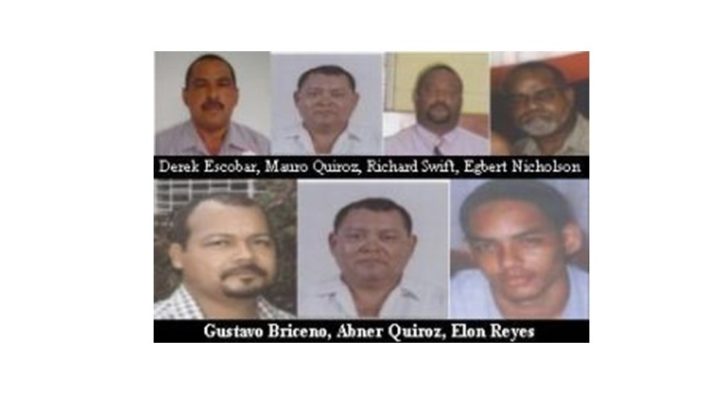 The men were identified as Magistrate Richard Swift (50), Derrington Escobar (48), Mauro Ismael Quiroz (50) and his son Abner Quiroz (31), Nick Egbert Nicholson (53), Gustavo Briceno and Elon Reyes (25). The men were common Belizeans and included businessmen, such as Derrington Escobar and Mauro Quiroz, who were co-owners of AVIS car rental, a computer technician and one magistrate, Richard Swift. They were amateur fishermen and as friends they went on a fishing trip for leisure.

After not returning home on Monday, November 5th, the men’s families became concerned and a search was launched early the following morning.

The fully clothed, badly decomposed body of Magistrate Richard Swift was found at Middle Caye on Glovers Reef some six (6) days later. The autopsy conducted by Dr. Mario Estradaban concluded that Swift was beaten to death with a blunt object to his midsection causing internal hemorrhage. Two (2) of his ribs were also broken, his liver punctured and he had a ruptured kidney.

Following the discovery of Swift’s body, the search intensified hoping that the six (6) other missing men could be found.  However, none of them were ever found and they are presumed dead.

A few days after their disappearance their boat was recovered without its engine but with the key still in the ignition. At the time police indicated that the boat may have crashed on the reef. However, there was no evidence to support this angle.

The question that lingers is what may have happened to these seven (7) men on Belize’s high seas.

But then again we will never know as six (6) bodies were never found and with time the evidence has washed away.