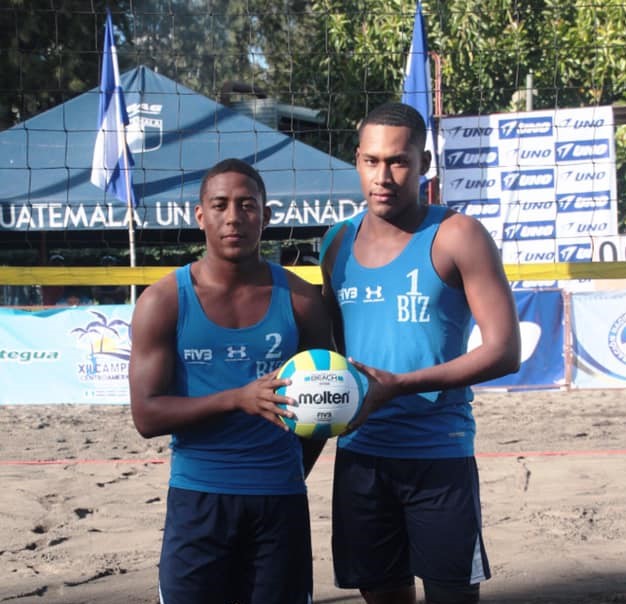 By Aaron Humes: There is more volleyball success to report, this time from the beaches of Guatemala City.

Francis Hauze and Michael Jenkins, of Belize City, secured bronze in the Under-21 Central American Beach Volleyball Championship on Sunday by defeating Costa Rica’s second team in two sets, 21-12 and 24-22.

The medal is Belize’s first in the discipline in over two decades, according to volleyball president Allan Sharp; the last came in 1997.

Also representing Belize at the tournament were Jaylen Manzanero and Selmo Rivero who finished 10th, while in the female division Mya Musa and Ayah Safa finished 9th of 12.

Belize’s “summer of volleyball” continues with the U-18 female team gone to Honduras for the championship in indoor volleyball.

Sharp says Belize is looking forward to hosting the Central American Senior Beach Volleyball Championship at Old Belize in August, and to the Continental Qualifier to the Olympic Games in Puerto Rico in October. As a result of last year’s second place in the women’s tournament, Belize was also invited to the Pan American Cup in Peru but had to decline due to fixture congestion.

BBN says congratulations to all participants!