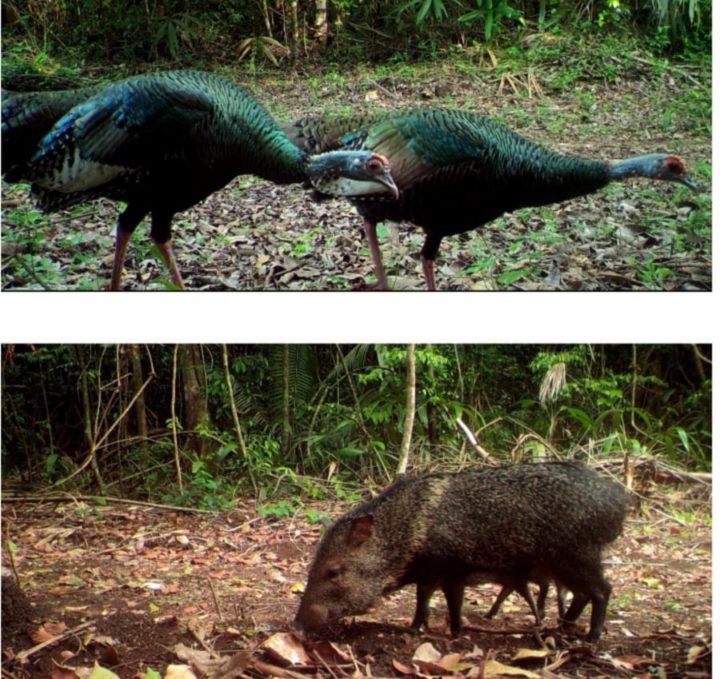 By BBN Staff:Friends for Conservation and Development ( FCD) has once again undertaken a research to estimate the diversity and abundance of terrestrial game species in the Chiquibul Forest.

FCD notes that the results show a decreasing trend in the overall mean encounter rates of animal species but not statistically significant.

Camera trapping data shows that jaguars, pumas, and ocelots were among the most frequently encountered species, which are indications that the Chiquibul Forest supports healthy populations of prey species.

The endangered White-lipped Peccary was recorded using line transects and camera traps; a good indication that the species is re-establishing itself in the Chiquibul Forest.

Based on hunting pressure stratification, no significant difference was recorded. This may serve as an indication that game species distribute evenly throughout the Chiquibul Forest, thus making it very difficult to isolate the true impact of illegal hunting on target species.

It is only possible to infer that illegal hunting is occurring throughout the forest as evidence of this is frequently observed along trails and illegal camp sites.

“Even though results do not support the hypothesis that game species are less abundant closer to the Guatemala-Belize Western Border, it is believed that areas closer to farm clearings have less density of game species but these areas are impossible to survey due to security reasons,” FCD stated.

Transects were established using a stratified-systematic sampling design.  The stratification was based on a gradient of hunting pressure, as it is assumed that closer to the BelizeGuatemala international border, a greater hunting pressure exists, which reduces in intensity as one moves deeper into Belizean territory.

This research was made possible with funding from the Belize Nature Conservation Foundation and with wildlife cameras received from Celso Poot, who is pursuing a PhD Degree.