UNHCR talks plight of refugees, how journalism can help 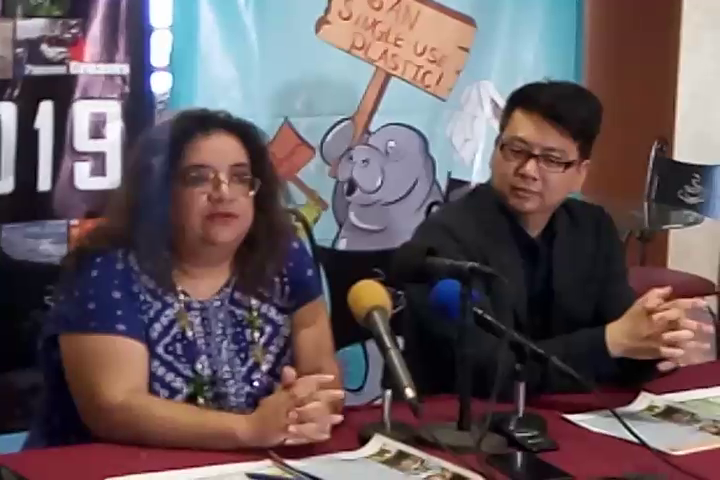 By Aaron Humes: The next few days in Belize City belong to filmmakers from the Jewel and around the world as the Old Capital plays host to the 14th Belize International Film Festival, officially sponsored by the National Institute of Culture and History (NICH), the Ministry of Education, Youth, Sports and Culture; the Belize Film Commission, and the Embassy of the Republic of China (Taiwan).

Festival director and longstanding arts guru, Suzette Zayden, says Belize is well represented in all categories – from writing to acting to directing – and talking about Belizean issues.

The 30-minute, PG-rated short film “My Father Belize” was produced by a group of Belizean-Americans, while the animated “Tecuani and the Duende” runs for 20 minutes and Carlo Habet’s “Time Fu Eat” runs for 15 minutes and is rated R. In the feature category, “The Bottle” (PG, 81 minutes) was produced by Daniel Velasquez and the G-rated “The Lure of this Land” takes a look at immigration through the eyes of Carol Foster, widow of the late Richard Foster, who immigrated to Belize.

Music videos from the likes of the Garifuna Collective, Supa G, Marlyn Vansen, Ras Indio and other accomplished artistes have their own category, while a new “Branded Entertainment” category salutes some of our favorite commercials such as the Halloween-themed “DOE: Worst Nightmare” looking at pollution and use of plastics.

The film to be featured on opening night at the Bliss on Wednesday is the G-rated, 111-minute “On Happiness Road.” Appearing for the director is Mark Ang, a Taiwanese filmmaker and curator of film festivals who is self-taught and has won awards.

Asked how Belizean filmmakers can overcome obstacles such as lack of finance, Ang said he learned to direct, write and even act in his own films on a low budget, but he put it down to making the right friends and taking opportunities as they come. He pointed to the Taiwanese government’s subsidies for film-making in their country as one example.

As part of the Belize festival, there will be workshops on marketing and a mixer for the Commonwealth  Foundation. Panelists include location scout turned director Kokayi Ampah; assistant location scout from Los Angeles, Hector Larios; and location manager Andre Balderamos also based in L.A. Between them they have amassed significant film and television credits ranging from The Shawshank Redemption and Million Dollar Baby (both U.S. Academy Award-nominated) to such television series and films as The Goldbergs, HBO’s Insecure and the BET New Edition Story biographical film.

Most of the films will be shown at the Princess Hotel Theater, though the Bliss will host the opening and closing ceremonies and the Mexican Institute, Thirsty’s and B.T.L. Park will all show films as well as Sagebrush Church in San Pedro Town.