Fisherman charged $2,000 for fishing inside a protected marine reserve 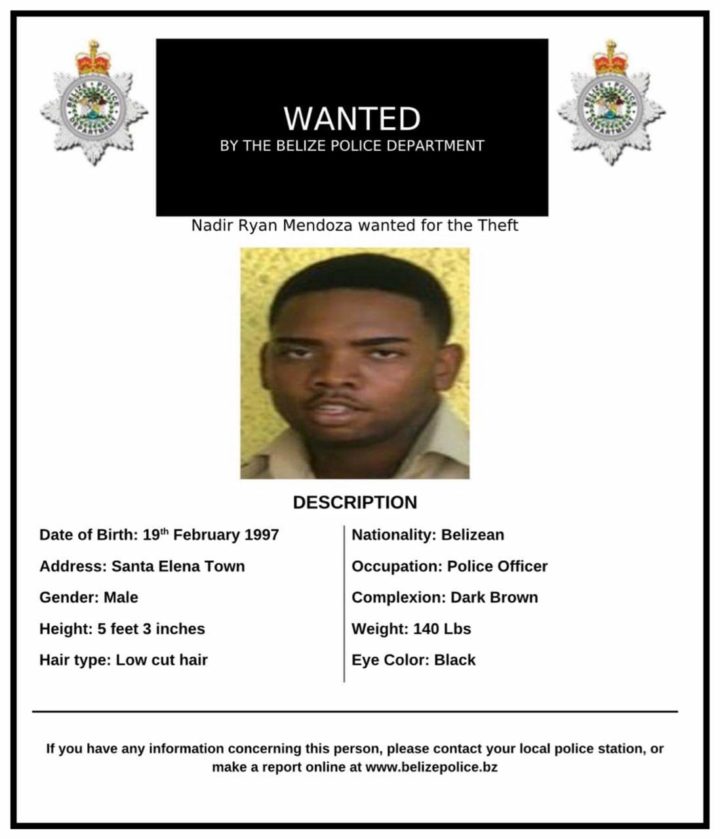 By BBN Staff:  A wanted poster was issued for a police constable from Santa Elena, Cayo.

The officer is wanted for questioning regarding three guns that reportedly went missing from the the Queen Street Police station (Precinct 3) last weekend.

The wanted PC Nadir Mendoza, 22, was reportedly initially detained but either escaped, or was released, from custody.

PC Mendoza has also not reported to work since the investigations began.

Anyone with information of the whereabouts of Mendoza is asked to call the nearest police station.