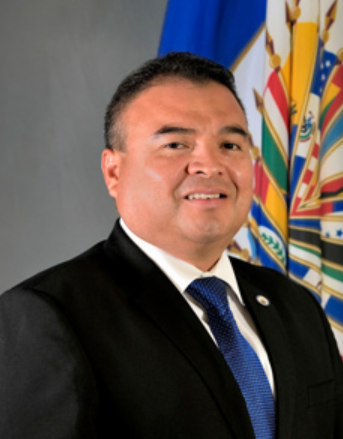 By BBN Staff: A former Ambassador to the Organization of American States (OAS) and a resident of the Caribbean Community (CARICOM) says that Belize’s Ambassador H.E. Nestor Mendez is the right man to represent CARICOM at the OAS as Secretary-General (SG).

Today, John Beale, former Barbados Ambassador to the US and Permanent Representative at the OAS (January 2009 to July 2016), wrote a contributory article for Barbados Today, where he showed massive support for Mendez. Beale, who served as Chairman of the OAS Budgetary Affairs Committee, among other distinguished posts, said that he feels CARICOM’s performance at the OAS level up to this point has been “disappointing,” and that leaders within the community would like to
see one of their countrymen take up the SG mantle.

He stressed that, in his view, the best way for CARICOM to get the representation it needs at the OAS is to have Mendez reelected as Assistant SG (ASG) in the elections scheduled for March 2020, where Mendez is currently running uncontested, and then have him run for SG in 2025.

“Mr. Mendez is a true professional who speaks English and Spanish fluently and knows the entire region and the OAS. Moreover, he has the benefit of having support from two groups, namely CARICOM and SICA (this group includes the Central American countries such as Costa Rica, Nicaragua, Honduras, El Salvador, and Guatemala). Once Mr. Mendez has the support of CARICOM and SICA, he is virtually assured of being elected,” Beale said.

Menez, a career diplomat, was elected to the post of ASG in 2015 with a commanding 24 votes out of a total of 34 that were cast. He has served as the Ambassador to the United States of America, Permanent Representative to the OAS, and as Non-Resident High Commissioner to Canada. He also served as a Counsellor at the High Commission for Belize in London, United Kingdom, and as First Secretary at the Embassy of Belize in Guatemala.