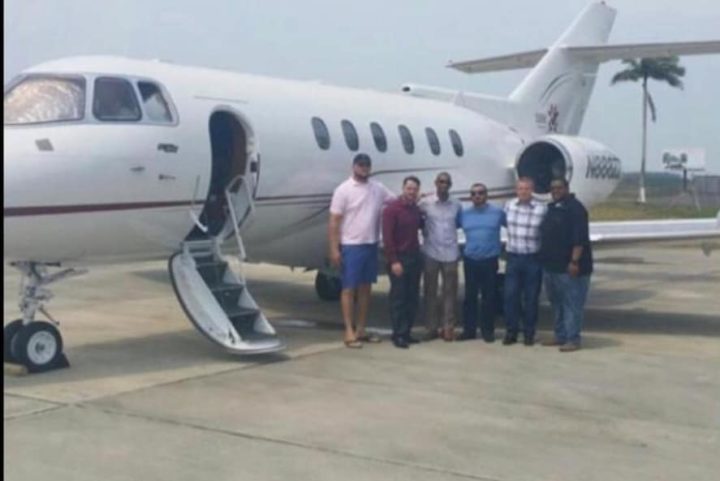 A photograph circulating in the local media today shows Belisle, a protégé of area representative and Minister John Saldivar, with two of Saldivar’s other “sidemen,” Douglas Grant and Jason Neal, standing with Dermen and Jacob Kingston in front of a private jet.
Yesterday Jacob Kingston testified during Dermen’s court case in Salt Lake City, Utah, “We had dinner with ministers from Belize, mayors … ”

And Belisle, in a short press release issued this evening, confirms they met with him at the Philip Goldson International Airport “in late April or early May in 2015,” after his election in March.

According to the capital’s Mayor, “I…agreed to the meeting after their expression of interest in exploring investment opportunities in the City. Believing that the gentlemen were completely legitimate and above-board businessmen and after cursory checks revealed nothing to the contrary, I proceeded with meeting them.”

By this time the men were in the middle of their epic fraud of the U.S. Internal Revenue Service and Treasury, gaining millions in biofuel credits for fuel they purchased and claimed to have made themselves.

But Belisle says it was the last time he met them, as neither he nor they followed through on the latter’s interest.

Meanwhile, Saldivar denies any wrongdoing on his part despite being linked to Kingston by at least one text message. Kingston’s testimony in Utah continues on Monday.