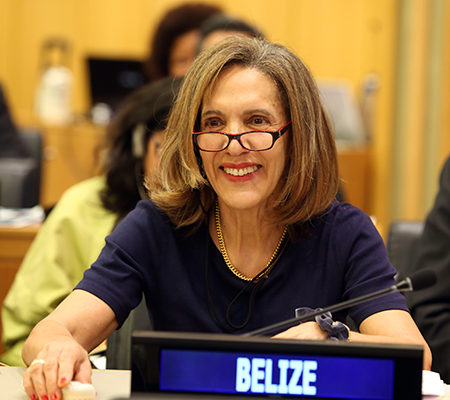 By Aaron Humes: The Fourth Committee of the United Nations General Assembly, dealing with decolonization and related issues, heard today from several countries including Belize on the issue of Western Sahara.
Originally a possession of Spain, the majority of the territory in North West Africa is controlled by Morocco and the remainder by a group styling themselves the Sahrawi Arab Democratic Republic (SADR).
Ambassador to the United Nations Lois Young criticized the “malaise” with which the Committee approached the question and called it “ a classic case of justice delayed, and justice denied.”
Given that “the wider United Nations remains duty-bound to uphold the rights of the peoples of the non-self-governing territories, particularly, their right to self-determination,” said Young, it is of some concern that no replacement has been identified, much less appointed more than a year after the Special Envoy to the UN Secretary-General resigned. It has been thirty years since the first call for a referendum for the self-determination of the people of Western Sahara, she added, and there has been no movement there either.
Belize once again, Young stressed, “publicly expresses its support for the right of the Sahrawi people and the urgent practical need for them to be masters of their own country and their resources.”
She urged “this Committee, the C-24, the Security Council and the Secretary-General to put in place urgently the necessary measures that will enable the Sahrawi people to finally exercise the right to self-determination,” and extended “solidarity to all non-self-governing territories and assures them of Belize’s firm commitment to the full implementation of the Declaration on the Granting of Independence.”