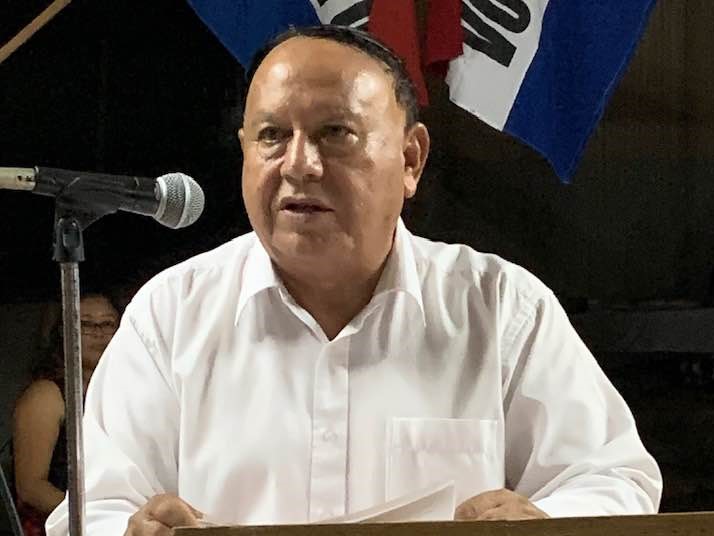 By BBN Staff: Former UDP henchman, Eddie de la Rosa told Plus TV this morning that he worked for Minister of Works, Rene Montero for 9 years.

An employee of the Ministry further confirmed to Louis Wade that for 9 years government equipment have been working Montero’s farm using government fuel.

De la Rosa clarified that the evidence he is showing and revealing is not being done for political mileage since he doesn’t even know the political opponent in Cayo Central.

He also mentioned a well-known Justice of the Peace and UDP associate in Santa Elena who allegedly signs fraudulent land documents for Montero.

During the discussions, host Louis Wade said that men with guns in government vehicles met them when they arrived to get photos and videos of the farm and government equipment.

“Rene Montero is elected but his son runs the show,” De la Rosa claimed. De la Rosa also spoke about the threats he received before going on the Plus TV show.

“You will have this on record, if anything happens to me or my family, the people will know,” he said.