President Biden warns of ‘fragile’ democracy in U.S. as Trump cleared of incitement

Japan rattled by ‘aftershock’ of 2011 earthquake; more than 100 injured 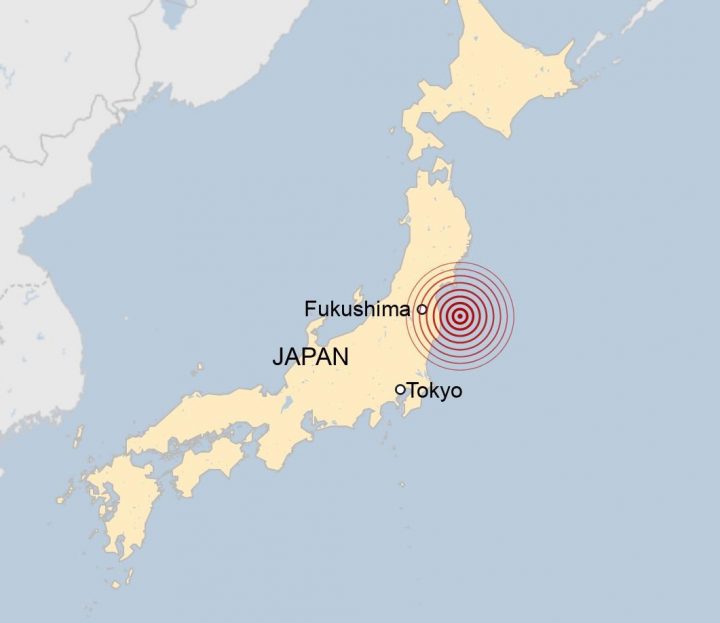 By Aaron Humes: A 7.3 magnitude earthquake on Saturday night, Japan time, struck nearly the same area that trembled 10 years ago when an earthquake and tsunami killed over 18,000 people in northern Japan. This temblor is reported to have injured more than 100 people, the BBC reports.

The quake hit off the coast of Fukushima, Japan, and was felt strongly in Tokyo, but no tsunami warning was issued. Japan’s meteorological agency (JMA) said Saturday’s earthquake was believed to be an aftershock of the massive 2011 quake. Aftershocks after a large earthquake can continue over a period of many years.

The 2011 tsunami caused a nuclear accident at the Fukushima Daiichi Nuclear Power Plant – the worst such incident since the 1986 Chernobyl disaster.

Saturday’s quake hit at 11:08 p.m. local time, at a depth of 37 miles in the Pacific Ocean, off Japan’s eastern coast, JMA said. Aftershocks have continued to hit the region since.

The quake caused nearly one million homes to lose power while a smaller number lost water. Train services have been halted. It also triggered landslides, with one burying a motorsport complex.

Despite reassurances from officials, many residents on the coast evacuated their homes and headed for higher ground, Japanese news agency Kyodo reports, saying they had learned from their bitter experience a decade ago in March.