Guatemala’s Foreign Minister to Belize: “We are neighbour countries and we are friends”

Get your fresh tomatoes at the Corozal Market now

Belize to treat Guatemala as ‘neighbor’ rather than enemy: Courtenay 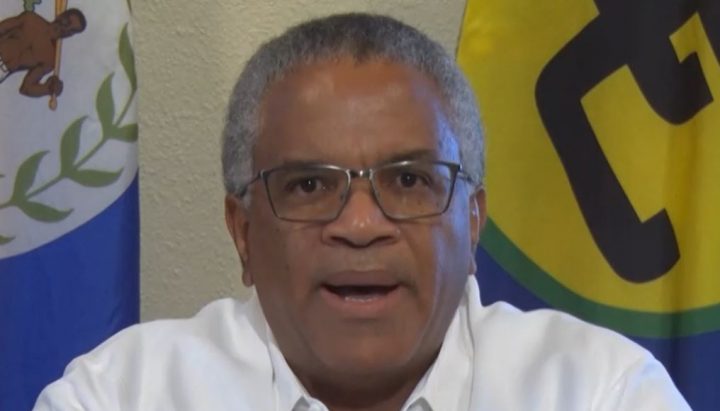 By Aaron Humes: With the matter that divides the countries on its way to being (eventually) settled at the International Court of Justice (ICJ), Belize and Guatemala are turning the page on their long-fraught relationship.

Following the first meeting of the respective Ministers of Foreign Affairs – Senator Eamon Courtenay for Belize and Pedro Brolo Villa for Guatemala – at the Adjacency Zone office of the Organization of American States (OAS) in the compound straddling the countries’ border, Courtenay was asked what is different about his administration’s policy toward Guatemala from previous administrations (Courtenay has previously served as a Minister of Foreign Affairs).

In response, Courtenay explained, “Belize and Guatemala are neighbors, and as far as Prime Minister Briceno’s government is concerned, we have to live as neighbors. There are challenges that we have got to address, and we seek to address them in a peaceful manner, and in a manner that respects our territory, that respects Guatemala’s territory and respects international law. We believe that the tone set by the meeting just now is going to lead to a constructive – and I expect, a basis on which we can resolve issues within the OAS process to the satisfaction of both countries.”

Courtenay added that Belize expects to defend our territory and sovereignty to the maximum allowed, but with an eye on “good neighborliness and peaceful resolution of any issue.”

Seen from the Belizean lens, Courtenay described the meeting as constructive and successful.