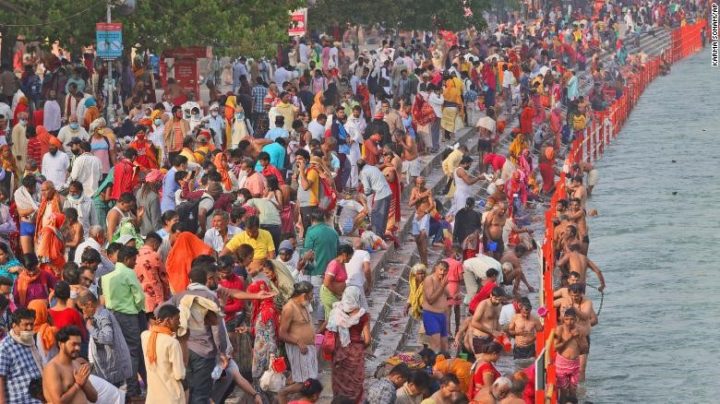 By Rubén Morales Iglesias: India is being ravaged by the COVID-19 pandemic having become the second-worst hit country in the world just a couple of weeks back over Brazil and now the hospitals are without enough beds and medicines.

Added to that, after weeks of a religious festival that saw millions flock to the Ganges River to take holy cleansing baths without observing safety measures, the second most populated country in the world (1.35 billion) is facing up to reality trying to get medicines and struggling with its vaccination campaign.

Reuters is reporting that the Indian population is struggling “to register online for a mass vaccination drive set to begin at the weekend as the country’s toll from the coronavirus surged past 200,000 on Wednesday, worsened by shortages of hospital beds and medical oxygen.”

Reuters also reported that the second wave of the pandemic which is currently hitting India is causing around 300,000 infections per day, but the reality is that it may be even more.

In its move to confront the pandemic India today opened registration for everyone above the age of 18 to be vaccinated starting on Saturday.

Ironically, even though India is one of the world’s biggest vaccine producers, the country doesn’t have enough vaccines for the estimated 600 million people who are now eligible.

Reuters said that people trying to sign up have encountered problems because of the sheer numbers and the website crashing.