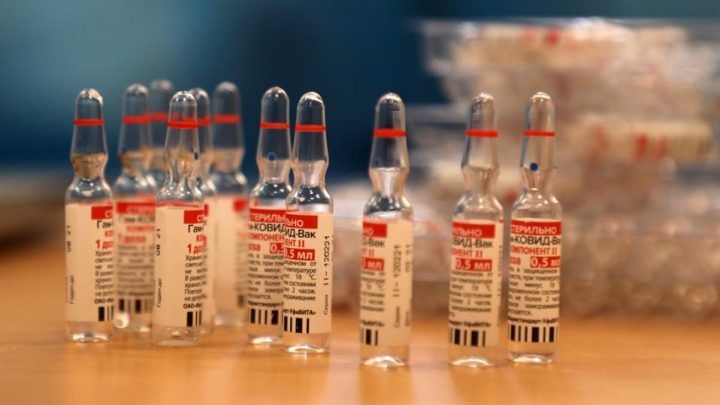 By Rubén Morales Iglesias: China and Russia are collaborating more than ever in an effort to produce vaccines which they are selling by the hundreds of millions to developing countries, said CNN.

Chinese Foreign Minister Wang Yi said during a  meeting with Russian Foreign Minister Sergey Lavrov on March 23 that China and Russia were doing “humanitarian work,” and not engaging in a vaccine diplomacy to gain support.

“Unlike some major countries that are hoarding the vaccines for their own interests, we want to see more people immunized. Our hope is for the world to beat the pandemic as soon as possible,” Wang said.

“For China and Russia, our choice is not to benefit only ourselves, but rather to help the whole world.”

Despite their differences in the past, in recent years, under Presidents Xi Jinping and Vladimir Putin, China and Russia have moved closer because of their geopolitical interests said CNN. In 2019, Xi said Putin was his “best and bosom friend,” while Putin said their relations were at an “unprecedented level.”

Russia’s Sputnik V vaccine, which according to a study published in the Lancet in February, has 91.6% effectiveness, is being manufactured in China after Russia made agreements with Chinese companies to produce 260 million doses.

CNN reports that the Sputnik V vaccine has been approved in 60-plus countries including Mexico and Argentina despite not getting approval from the World Health Organization (WHO).

According to a Duke University research , a  number of countries such as Canada, the UK and New Zealand, have acquired vaccines that can inoculate their populations three times, while the majority of countries don’t have enough.

Bobo Lo, a former assistant head of mission at the Australia embassy in Russia and expert on China-Russia relations, said Russia and China are intent of gaining favour with the developing world.

“It’s useful to them to point out that the West is being selfish in limiting the distribution of vaccine to developing countries,” he said. “This is a really convenient narrative for both Beijing and Moscow.”

Russia was the first country to a announce that it had developed a COVID-19 vaccine when it announced the Sputnik V in August of last year.

Now, China is producing 260 million doses of the Sputnik V along with its own vaccines, Sinovac and Sinopharm. Despite that Sinopharm being the only one that has gained WHO approval, both Chinese vaccines, Sinopharm and Sinovac, are being produced in great numbers to ship around the world.

In Latin America, which has traditional ties with the United States, countries like Argentina and Chile are buying millions of Russian and Chinese vaccines.

Another US ally, Indonesia, is buying at least 125 million doses of Sinovac after its AstraZeneca order was put off for a year because the rise of cases in India. Turkey has bought a 100 million doses of the Sinovac as well and has shared a substantial amount with Libya.

Russia reportedly had in February requests for over 2.5 billion doses of the Sputnik V. Sinopharm had orders for more than 500 million doses while Sinovac had orders for 450 million. Sinovac was reportedly planning to manufacture its vaccine in 10 different countries to keep up with the demand.

CNN reports that in March, Sinopharm announced that it had plans to manufacture up to 3 billion doses per year making it the biggest vaccine producer in the world. For its part, Sinovac was targeting 2 billion a year.

Russia was also said to have made agreements with 20 manufacturers in 10 countries to produce the Sputnik V.

CNN said that in an opinion article in China Daily on April 7, China’s ambassador to Moscow Zhang Hanhui said: “The more the world changes, the more chaotic it is and the more significant the great friendship between China and Russia is.”