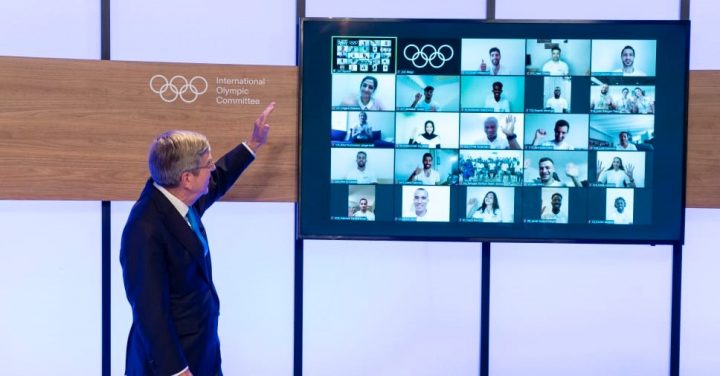 By Ruben Morales Iglesias: The International Olympic Committee (IOC) announced the 29 athletes who make up the IOC Refugee Olympic Team at the Tokyo 2020 Olympic Games in 2021.

The IOC said that at the Opening Ceremony of the Tokyo 2020 Olympic Games on July 23, the IOC Refugee Team will enter the Japan National Stadium with the Olympic flag in second position, immediately after Greece.

In making the announcement on Tuesday, June 8, the IOC said 29 athletes were from 11 countries. They were chosen from an initial group of 55 IOC Refugee Athlete Scholarship-holders.

IOC President Thomas Bach said during a virtual ceremony from Lausanne, Switzerland that the refugee athletes are an enrichment to the entire Olympic community.

The refugee team made its first Olympic appearance in Rio 2016.

“The reasons we created this team still exist. We have more forcibly displaced people in the world right now, and therefore it went without saying that we wanted to create an IOC Refugee Olympic Team for the Tokyo 2020 Olympics.”

“The athletes represent not only themselves, not only the IOC, but also all refugees in the world,” said IOC Refugee Olympic Team Chef de Mission Tegla Loroupe.

Earlier, the IOC said the IOC Refugee Olympic Team will send a message of hope to the world and bringing further awareness to the plight of over 80 million displaced people worldwide.

The Olympic flag will be raised and the Olympic anthem will be played during the official representations of the teams, including medal ceremonies should they occur.