The Milwaukee Bucks poised to win the NBA Championship tonight, Phoenix determined to force a Game 7 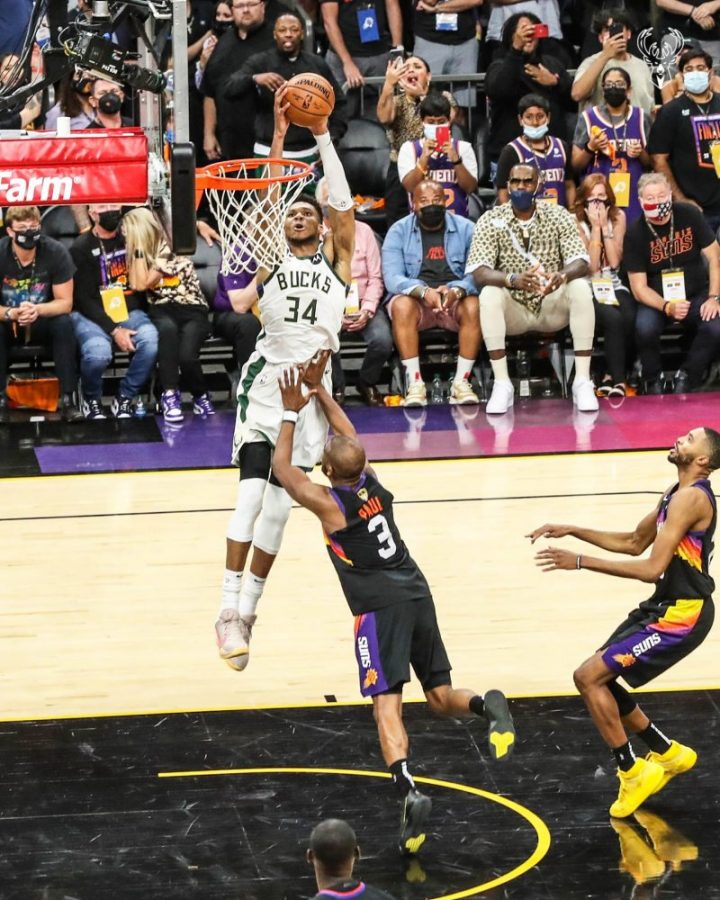 By Rubén Morales Iglesias: After their second victory, many a basketball fan, particularly the Phoenix Suns followers, thought of a 4-0 rout of the Milwaukee Bucks and they envisioned the Suns celebrating their first ever NBA title. But now, we’re all figuring it might just be the other way around.

But as we said from the onset, this is a rather strange NBA Finals. Between the two, they have only won one NBA championship. And that’s the Bucks. As things stand, Bucks leading 3-2, they seem more likely to pick up the NBA trophy for a second time, and get ‘them’ rings, than the Phoenix Suns.

But what is sure, is that it’s not over yet. Game 6 has to be played first.

So, who do you bet on tonight?

The Bucks won their only title in 1971 and the last time they made it to an NBA Final Series was three years later in 1974.

Devin Booker will have to produce another impressive 40-point performance tonight. He’s done that two games in a row. Booker is responsible for 82 out of 222 points the Suns scored in their last two games. That’s 37% of his team’s points. Tonight, then, he cannot let up.

But he cannot do it alone as the last two losses prove. Point-guard Chris Paul, who has been mobbed whenever he gets the ball, will have to shake off those shackles and be more effective. And while he says he knows what he has to do, the Bucks are out to stifle him, not leave him any breathing space, much less operating space. The Bucks have forced him into turning over the ball 3.6 times per game in the series and tonight should be no different.

The rest of the team will have to step their game if they are to stand any chance of forcing a seventh game at Phoenix.

During the regular season they were the top team on the road with a 24-12 record. The Bucks for their part were tied for fifth at home with their 26-10.

And tonight, with the home court fans on their side the Bucks are gunning for a performance equivalent to any of those 26 home wins.

They look like they can handle it. They are dominating the offensive rebounds, Giannis Antetokounmpo is a driving force on the paint like a wrecking train, and their team cohesiveness is at its max.

Like one of my friends said: “Honestly, Giannis has looked like a man among boys out there.”

His knee problems, though still there, seem a thing of the past. Two 40-point performances on his behalf, coupled with one by Khris Middleton and a superb effort by Jrue Holiday in Game 5 and the Bucks seem poised to take Game six tonight.

But as they say, first, you must play the game.

So, let the chips fall where they may.