Government signs agreement for the implementation of good governance legislation

Prime Minister on Superbond buyback: ‘This is the best deal we can offer to the bondholders’ 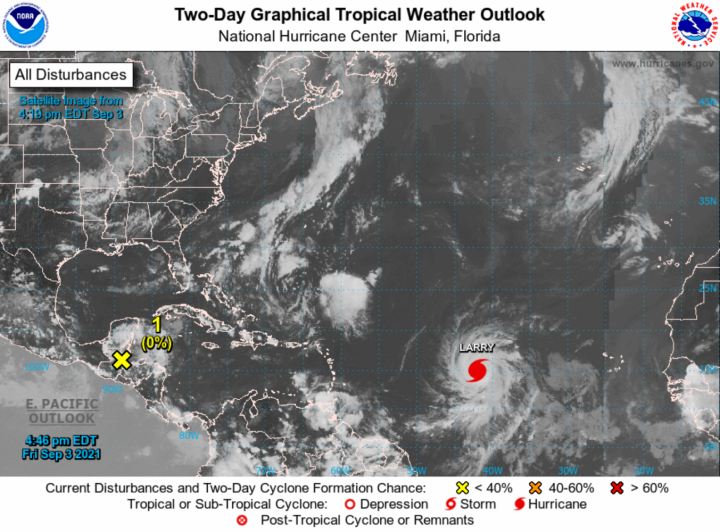 By Rubén Morales Iglesias: The Belize City Emergency Organization (CEMO) has issued an advisory about a weather disturbance producing moist and unstable weather over Belize as reported by the National Meteorological Service of Belize (NMSB).

“Cloudy with some showers and thunderstorms mainly over northern and inland areas this afternoon,” said the NMSB in its midday 24-hour report on Friday.

CEMO said we should expect several outbreaks of showers and thunderstorms over the next few days and heavier activity is likely during the night time on Friday and Saturday.

“This poses a possibility of flooding over low-lying and flood-prone areas,” CEMO said.

“We urge all residents, especially those in Belize City, to remain alert and abreast of all-weather updates and developments shared over the course of the weekend,” CEMO advised.

The NMSB issued a small craft caution due to gusty winds and locally rough seas near showers and thunderstorms.

The NHC said in its midday report that the disturbance is causing heavy rains and thunderstorms as it moves into the Gulf of Mexico by late this weekend.