Belize is 1 of 3 Caribbean countries that produces more than 50% of the food it consumes, Guyana pledges agricultural land for investment 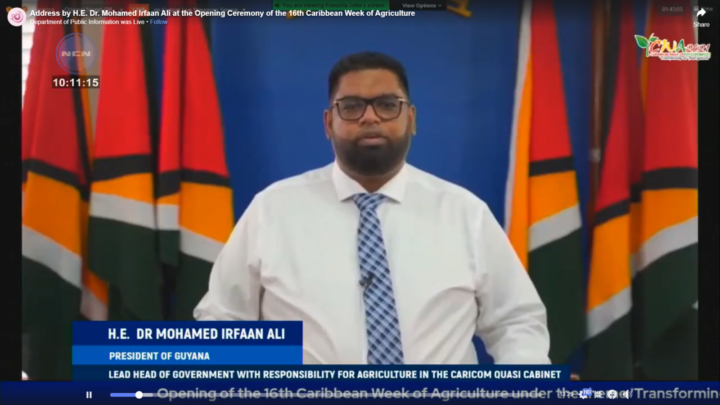 By Rubén Morales Iglesias: As the Caribbean Community (CARICOM) celebrates the annual 16TH Caribbean Week of Agriculture (WAG), it’s good to note that Belize is one of only three countries in the Caribbean that produces more than 50 percent of the food it consumes, according to New York Carib News. The other two are Guyana and Haiti said the Food and Agricultural Organization (FAO).

That fact, however, is alarming considering that the region’s food import bill for 2018 was US$4.98 billion, which is more than double the United States food import bill that stood at just US $2.08 billion in 2020.

The entire Caribbean imports more than 60 percent of its food consumption with a number of countries importing as much as 80 percent.

Ali said the obstacles facing the Caribbean, including the high import bill, the challenge to access suitable land for agriculture in some countries. and the external challenges such as disruptions to supply chains of goods and services, need to be taken care of.

“Guyana being resource-rich and freshwater is desirous of leading in this area by making available appropriate lands as part of the process of promoting cross-border investment in agriculture,” said Ali.

“Guyana is currently embarking on a process of consolidated unused and underutilized lands with the aim of making suitable lands more readily available for supporting large-scale agricultural investments,” he added.

President Ali told the WAG that the region’s private sector has to be included in the pursuit of agricultural development and transformation within the CARICOM.

Guyana, which has a large-scale agricultural production, can serve as a “replicable model” for Caribbean countries, President Ali said.

CARICOM Assistant Secretary-General for Trade and Economic Integration, Joseph Cox, said the region has to work on reducing its food import bill by 25 percent by 2025. He warned, however, that the disruption of the supply chain could devastate the region noting that the existing regional agricultural production has recorded a 20 to 30 percent loss because of damages and wastages.

“This must change and the only way to overcome it is to deliver consistently on a better outcome,” Cox said.