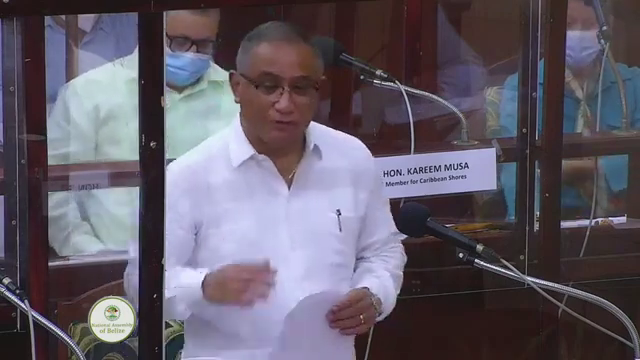 Friday’s sitting of the House of Representatives went rather long despite the fewer number of bills and motions to go through, but none were insignificant.

The most significant is the second supplementary appropriations bill for the fiscal year – approval for additional expenditure outside of what was allocated in the Budget nine months ago.

While government has loosened the belt straps somewhat recently as the economy regains power, it still fell to Prime Minister John Briceño to provide exhaustive detail of what they need money for this time. We highlighted most of these in a previous story.

But it is still not enough according to Leader of the Opposition Patrick Faber. He questioned where the breakdown for the previous supplementary is and noted that with a lapse in memory, it would be easy to approve monies without investigating what is being done with them.

Case in point: additional funding for the Haulover Bridge and Caracol projects, monies for which had also been asked for in October. Faber questioned, “Is it that you did not understand what you were doing a few weeks ago when you came? Is it incompetence? Or something else going on, you want to sneak these things?”

Faber noted that the October supplementary asked for approval of $77,000 for airstrip destructions – before the recent rash of drug plane landings countrywide. “I would have been glad to lend my voice to approve some new monies to destroy airfields in this country that are used for drug landing. You don’t see any allocation for that now, so apparently those ones that exist, they landing on the roads, landing all over the place – no monies are being ask to beef up the fight against those planes landing. The prime minister and the minister have gone mum on these issues. They had a lot to say when they were in opposition, the prime minister even went far as to say a government minister at the time must have been involved, so who is involved now? Your party is in power?” he challenged.

Nonetheless, the bill was passed and moves to the Senate on Monday.