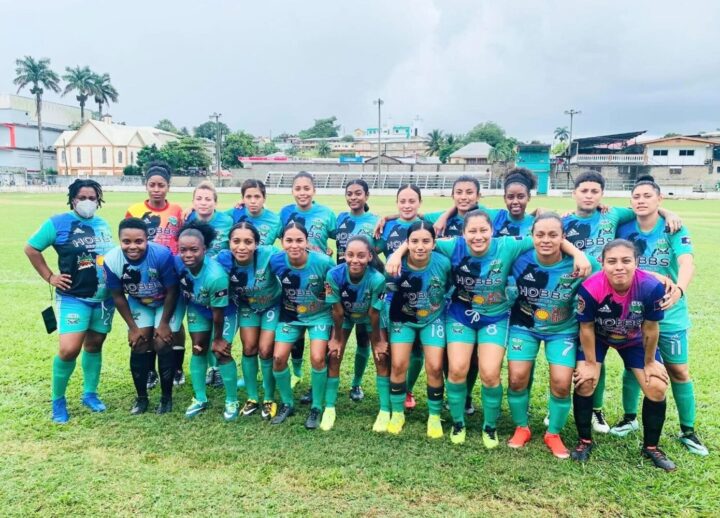 By Rubén Morales Iglesias: The Verdes Rebel Girls and the San Pedro Pirates top the National Amateur Women’s League (NAWL) North qualifying for the one-shot semifinals coming up on Saturday.

The San Pedro Pirates played to a 1-1 draw against the Corozal United Warriors on Saturday totaling seven points just like the Warriors but edging them out on goal differential.

For a while, the Corozal side shook the Pirates after Gabriela Cowo scored the opener in the 36th minute, but Elva Nuñez secured the draw and ticket to the semifinals in the 67th. The Warriors rallied hard to get the game-winner but to no avail. The Pirates prevailed and are on to the semifinals.

On Sunday, the Cayo Dreamers and the Juventus Sugar Girls played to a 1-1 draw at the Norman Broaster Stadium in San Ignacio and both gained their only point in the competition. Patricia Espinoza opened the score for the visiting Orange Walk side in the 43rd minute, but Brent Hernandez tied it in the 59th for the Cayo Dreamers.

The Verdes Rebel Girls will square off with the South’s second-place Rumberas at the Norman Broaster Stadium while the San Pedro Pirates will tackle the South winners Jewel Fury at the FFB Field in Belmopan. Both games play on Saturday simultaneously at 3:00 pm.