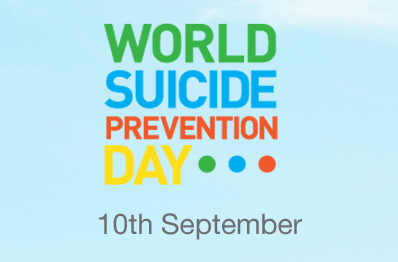 By Aaron Humes: While Belizeans will be marking the anniversary of the Battle of St. George’s Caye, September 10 for some will be sombre as it is also World Suicide Prevention Day.

The Ministry of Health and Wellness encourages Belizeans to make time to recognize the date in the following ways: raising of the World Suicide Prevention Day Flag in all districts on September 9; lighting a candle near a window on September 10 at 8:00 p.m. to show support for suicide prevention and to remember a loved one lost to suicide as well as survivors; and participating in planned events such as a walk-a-thon, educational sessions, health fairs, candlelight vigil, and wearing yellow on September 8 as a symbol of support and promoting awareness.

The WHO estimates that globally, 703,000 people a year take their life. For every suicide, there are likely 20 other people making a suicide attempt and many more who have serious thoughts of suicide. Millions of people suffer intense grief or are otherwise profoundly impacted by suicidal behaviours.

On September 10, the Ministry of Health & Wellness will join the global community in observing World Suicide Prevention Day. The Ministry reminds that suicide is preventable. It is also a time to reflect on the social stigma attached to mental health disorders which is known to discourage persons from seeking help and can ultimately lead to suicide.

This year’s theme is a reminder that there is an alternative to suicide and aims to inspire confidence and light in all of us; that our actions, no matter how big or small, may provide hope to those who are struggling. Preventing suicide is often possible and we can be key players in its prevention. By learning the warning signs, listening without judging and providing a support system during a suicidal crisis or to those bereaved by suicide, we all can play a role no matter how big or small. We can make a difference to someone in their darkest moments through our actions.

The Ministry also reminds the public that attempted suicide is not a crime, as it was decriminalised in 2001. Therefore, persons needing help should reach out. The ministry encourages all to change the narrative around suicide by promoting hope to create a more compassionate society so that those in need feel more comfortable in coming forward to seek help.