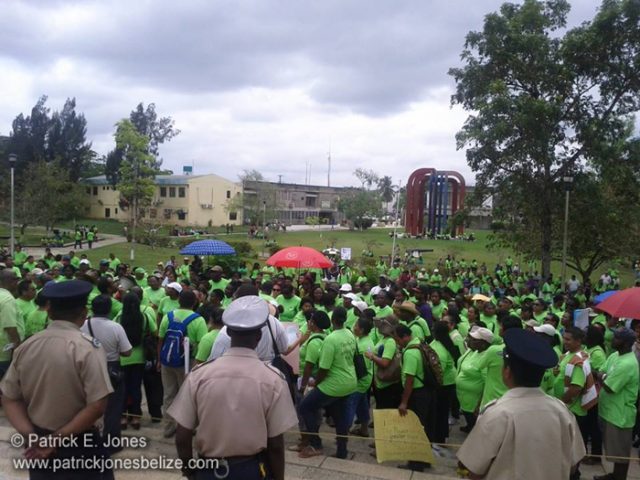 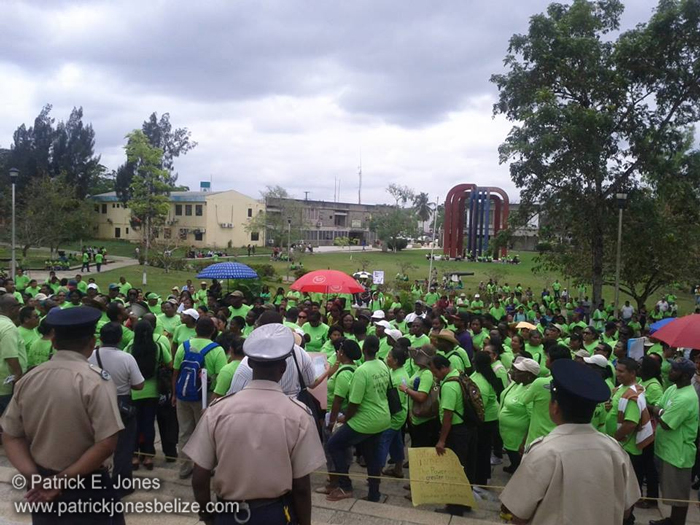 AARON HUMES Reporting: (Additional reporting by Kimberly Locke) Approximately 800 members of the Belize National Teachers Union (BNTU) assembled on the plaza in front of the National Assembly building following a rally at the Belmopan Comprehensive School.

The teachers marched along the ring road to Independence Hill.

On their arrival at Independence Hill, the teachers told our reporters that they do not care if their pay is docked as threatened by the Honorable the Minister of Education Mr. Patrick Faber.

The teachers say that Minister Faber is the problem.

Members of the Opposition People’s United Party (PUP) also came out of the House of Representatives during a break in the proceedings to show solidarity with the teachers.

Deputy Leader of the PUP, the Honorable the member for Cayo South Mr. Julius Espat told reporters that it was decided by the PUP not to proceed with a separate protest because it would draw attention away from teachers.  But Mr. Espat says that the PUP remains in solidarity with the teachers.