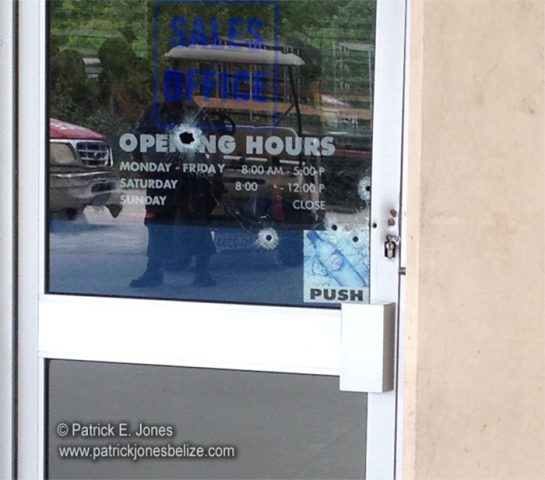 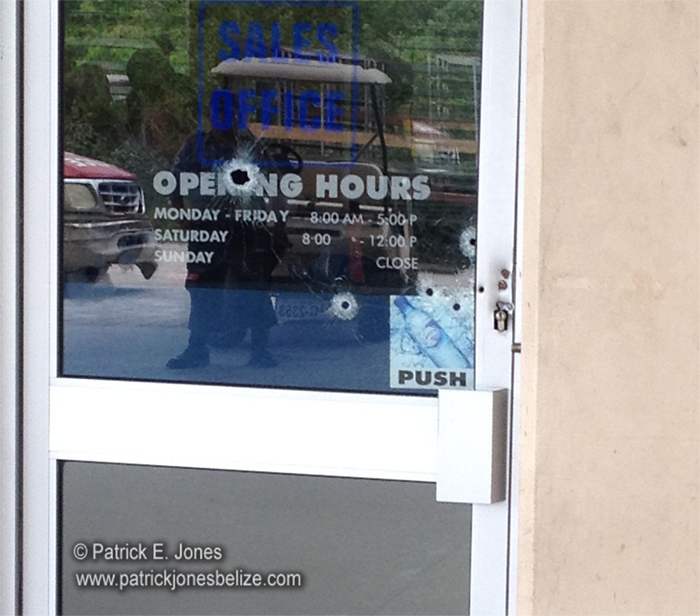 Friday, May 9, 2014. PATRICK E. JONES Reporting: There was an attempted armed robbery this afternoon at the San Pedro branch of Bowen and Bowen Limited.

According to reports, around 1:30 pm today a man brandishing a firearm stormed the Bowen and Bowen office on Blake Street and demanded money.

The on-duty security guard was able to eject the armed robber who did not get close enough to any of the employees to take anything.

But before he left the area, the armed robber fired a number of shots. 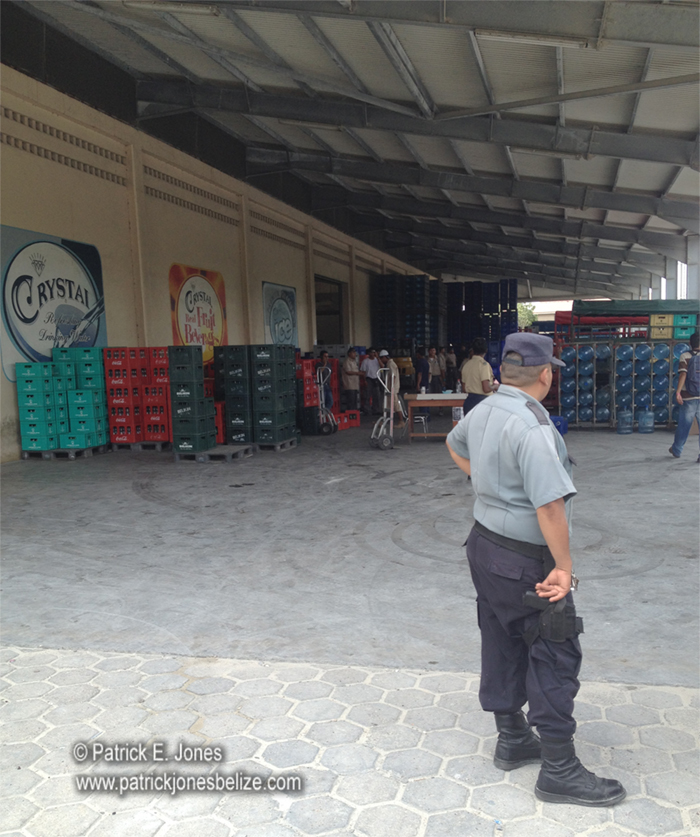 Fortunately none of the shots caught anyone but bullet holes in a glass door indicate how lucky the employees were.

By the time the police arrived at the scene shortly after the attack, the armed robber had already fled into a nearby area.

Police in San Pedro are reported to have already found out the identity of the man and are looking for him.

The name of the suspect, who remains armed, has not yet been released publicly, and he remains on the run.