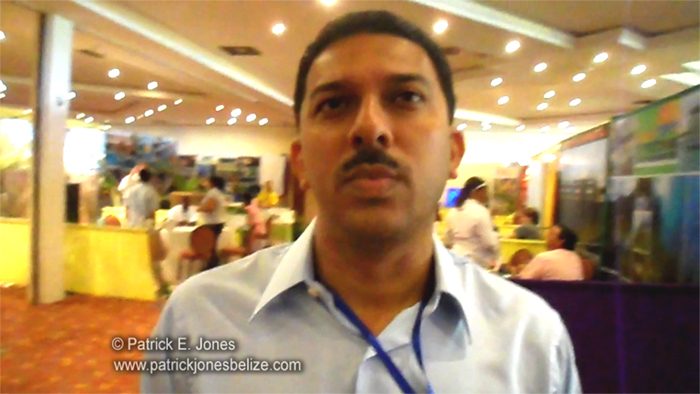 Monday, May 12, 2014. AARON HUMES Reporting: According to the Belize Tourism Board (BTB), overnight arrivals have increased by an average of 9.67% over the first three months of 2014, while more than 300,000 cruise ship visitors came to Belize for an increase of 22%.

Tourism numbers have been almost consistently on the rise for several years now and president of the Belize Tourism Industry Association (BTIA) Herbert Haylock, who spoke with us at the Belize Tourism Expo on Friday, said that the increases, which they hope to maintain, come from the collective promotion of the destination by the many persons involved.

The work started at the Expo continues on a one-on-one basis between operators and agents, he noted.

But with so many visiting Belize, and in view of the ongoing debate about cruise tourism’s place in the tourism sector and Belize’s development generally, where can the balance be found, so that today’s cruise tourists become much more?

The BTIA has been cautious in its discussion, especially with regard to the Stake Bank and Harvest Caye initiatives, and President Haylock reiterated that there is a place for cruise tourism, but it must be carefully managed.

The Sustainable Tourism National Plan prefers that it be centered in Belize District and particularly Belize City, with limited visits to the South.

Whether this will be followed is anyone’s guess.