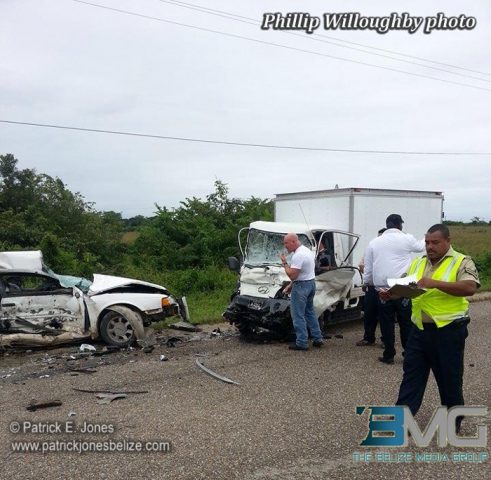 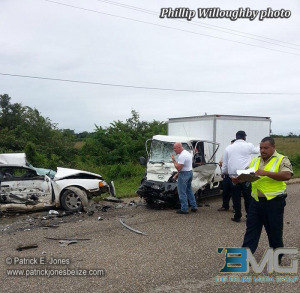 The victims have been identified as 35 year old Ishmael Hoare and 20 year old Orlando Pascascio, Junior.

According to reports, just before three o’clock this afternoon, a small white car was east bound on the George Price Highway when between miles 46 and 47 it crashed into a delivery truck that was going in the opposite direction. 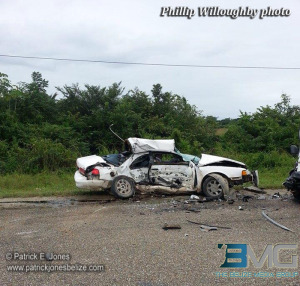 Hoare was reportedly driving the car and Pascascio was his passenger.

They both sustained massive head and body injuries and died on the spot.

The driver of the truck Joselito Serrano was trapped in the truck and had to be rescued by fire officials.

Once freed from the wreck, Serrano was taken first to the Western Regional hospital and later transferred to the Karl Heusner Memorial in Belize City where he was liste in critial condition.