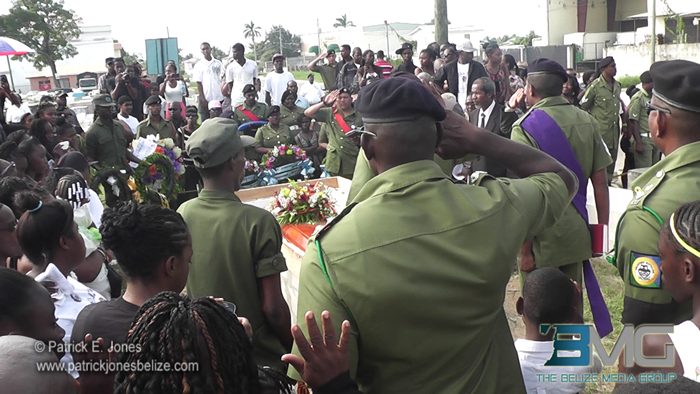 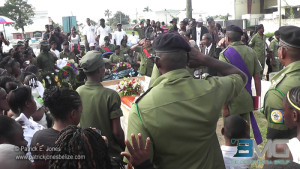 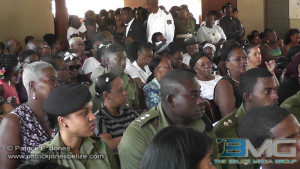 Mourners at the funeral

Villafranco was stabbed in the right side of the abdomen on Saturday night, January 17, in what is believed to be retaliation for Villafranco’s involvement in stopping a fight a few days earlier.

During his funeral there were remembrances, both official and personal, from family members, co-workers and friends.

They all explained that Private Villafranco was a loving, jovial person devoted to his family and his work in the Force, which was his lifelong dream. 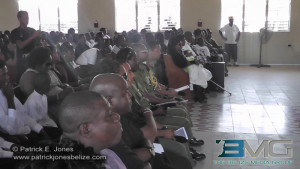 Following funeral services the casket was accompanied by members of the Force to Lord’s Ridge Cemetery where Private Villafranco was buried with a 21-gun salute to the strains of Last Post and his favorite hymn, “Onward Christian Soldiers.”

His gravesite lies within view of Militia Hall, the home of the BDF’s volunteer element.