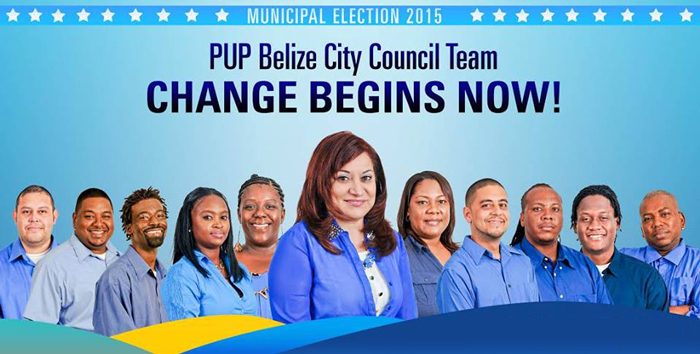 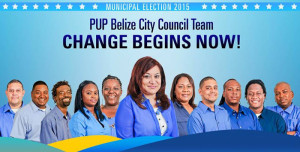 Saturday, February 7, 2015. AARON HUMES Reporting: This afternoon at the ITVETT compound on Freetown Road in Belize City, the People’s United Party, (PUP) is launching its Manifesto for the March 4 Municipal Elections.

The Manifesto is titled: Change Begins Now and it lists the plans and objectives that the PUP aim to achieve should they be elected on March 4.

Mayoral candidate Yolanda Schakron is quoted as saying that “the United Democratic Party for almost a decade has neglected and disrespected the people who live here.”

She described the current Belize City Council as “a one-man show with arrogance and confusion.”

The PUP cites a lack of dreams to accompany the more than one hundred concreted streets built under the Darrel Bradley administration and on abandonment of the south side where according to them not a dollar was spent.

While not being specific, the PUP 11 does promise to “focus and upgrade and maintenance of the more than five hundred streets that according to them have been abandoned and neglected and construct and maintain proper drainage for the City.”

Among the other listed objectives include a comprehensive review of garbage and sanitation contracts, creating a database of unemployed residents for job referrals to City businesses, assisting young entrepreneurs, developing an action plan that hopes to reduce crime, conduct revision of trade license and property taxes, carry out and publish a comprehensive and independent audit of the City Council’s past financial records, investigate and take all necessary legal action against all those Councilors and employees involved in the misappropriation of taxpayers’ dollars, illegal trade offs, and under-deposits at City Hall.

The PUP asks residents to act against the 7 Cabinet ministers that represent Belize City south-side, saying that corruption, incompetence and nepotism at the local and national levels are out of control.

“Voters need to send a strong and clear message that change begins now,” the Party says.