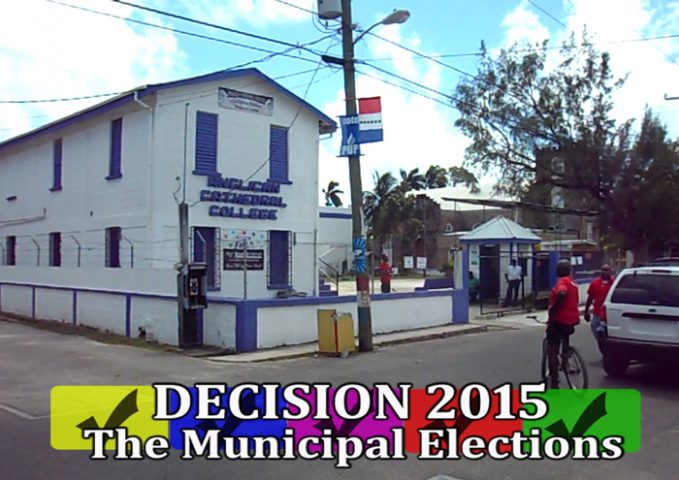 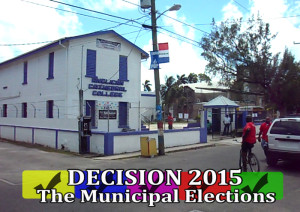 Wednesday, March 4, 2015. AARON HUMES Reporting: Polls have closed in today’s Municipal Elections, although voting is still taking place to accommodate persons who were in line at 6 o’clock.

It appears that an overall low voter turn out will mark this year’s poll to choose municipal leaders across the country.

Midway into the afternoon of election day, voter turnout in the nation’s largest municipality, Belize City, has been less than satisfactory.

By all appearances it was an ordinary day in the Old Capital: residents going to work, tourists strolling through downtown, services running at or near full capacity.

Only the sight of vehicles carrying the party flags of the People’s United Party (PUP) and the United Democratic Party (UDP) appeared to indicate anything out of the ordinary.

Activity at polling stations we visited in Mesopotamia, Queen’s Square and Albert divisions near the center of town was minimal at best. 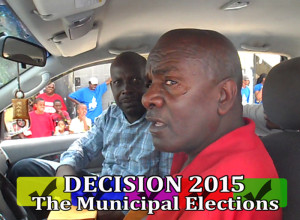 Near Polling Area 14 at Grace Primary School, Mesopotamia area representative Michael Finnegan briefly told us that all was “going good” while checking in on election day workers.

Mesopotamia has been one of the UDP’s City strongholds, returning Finnegan to the House since 1993 and solidly voting UDP at City level.

Albert has been more back and forth and we saw evidence of PUP activity in the area. 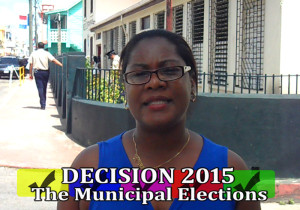 Councilor candidate Sharrett Yearwood says she hopes residents are thinking about issues beyond their personal scope and how best to propel the City forward for the benefit of all.

She also noted that it is a hot day here and voters have been waiting for the heat to go down – or other business to be concluded – before coming out to vote.

On Albert Street our attention was drawn to a group of persons waiting in front of a building.

We were told but given no proof that these persons were seeking financial assistance in return for their vote, which is unlawful under election rules.