Minister of National Security says Crime is down by 33% 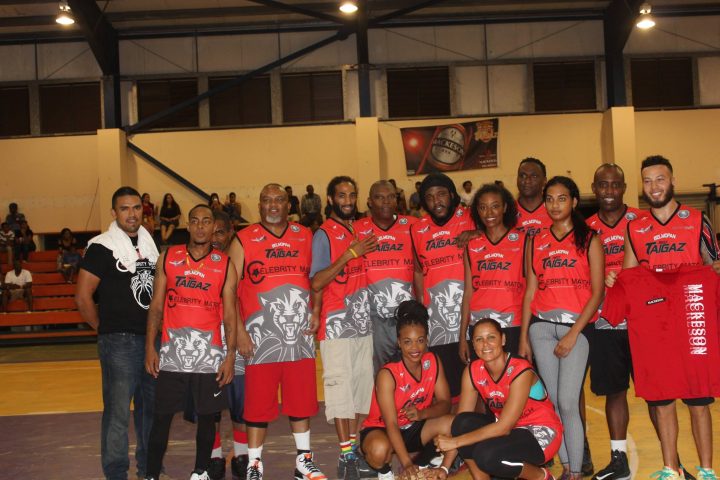 The event was held in an effort to raise funds to support the team and assist with expenses for the upcoming playoffs, which are scheduled to begin on Friday, May 22nd.

The event was a huge success, drawing a crowd of over 600 to fill the UB Gymnasium. Additionally, the historic event garnered the support of 26 local celebrities, including deejays, musicians, politicians and athletes, namely: Team Finesse – Lindo Padilla, Khalid Belisle, Indira Craig, Richie Galvez, DJ Dalla, and Shyne Barrow among others.

Team Mackeson was comprised of players such as – Janelle Chanona, Nello Player, Ras Indio, Hon. John Saldivar, Culrin Flores and Karim Juan, among others. The event included pre-game events such as a Kiddie’s Shootout, A Mommy and Child Challenge, Mommy Free Throw Challenge, A Celebrity Three-Point Shootout, a skills challenge and the main feature, the Celebrity Match, which was a showdown between Team Finesse (Black) and Team Mackeson (Red). Team Finesse emerged victorious with a 42 to 33 win over the Mackesons and the Most Valuable Player was Lavern “Ms. Coolie” Austin. Top male scorer was Shaquille Young and top female scorer was Enid Dakers.

Currently, the Red Taigaz are the #3 seed moving into the playoffs – with 7 wins and 4 losses – trailing only two points behind both the San Pedro Tigersharks (#1) and the Cayo Western Ballaz (#2). The Belmopan Red Taigaz Elite Basketball Team, Management and Planning Committee of the Celebrity Basketball Match take this opportunity to thank the residents of Belmopan and all its fans, the celebrities and sponsors for their support in this endeavour. With their support, the match was a huge success. The Red Taigaz will play their final game of the regular season in a rematch against the Western Ballaz on Saturday, May 16, 2015 at the UB Gymnasium. Tip-off is at 8:00 pm.