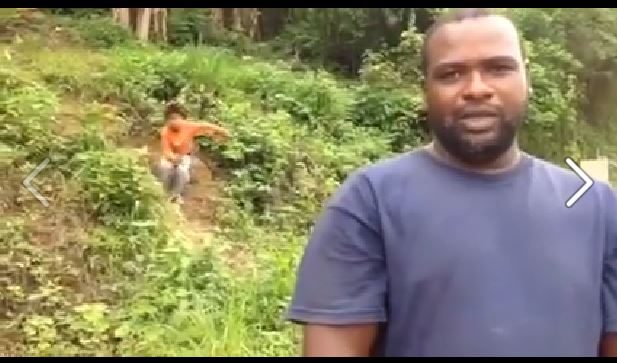 Monday, June 22nd 2015. Chrisbert Garcia Reporting: The burning questions being asked in Toledo District right now are if the actions taken by the villagers and Maya leaders of Santa Cruz, rural Toledo, were spawned from the enforcement of Maya rights or rather from racial discrimination regarding the eviction of Ruperto Myles from Santa Cruz village.

Myles, a Belizean of Garifuna descent is allegedly being evicted from the village for apparently no reason at all, except the color of his skin. Myles, who is living with a Mayan woman in the Santa Cruz Village was handcuffed, tied with rope and then taken to his house by the leaders of the village who received support from the Mayan Leaders Alliance. During this ordeal, Myles was reportedly called “black man” and “Kerob” by his aggressors, the Mayans, who have denied that the situation had anything to do with race or skin color.

Santa Cruz’s leaders said that two letters were sent to Myles warning him that his house needed to be relocated because it was situated on a designated archaeological site and after he failed to comply with “Communal Land Rights”, that is when the actions were taken against him. But even if Mr. Myles received the two letters and did not comply within the time span given, did he really need to be treated like a criminal? According to many people who have weighed in on the situation, Myles committed no crime and is entitled to live in the village since he is in a relationship with a Mayan woman. His relationship was obviously disregarded when he was taken to his home in handcuffs for it to be demolished in front of him.

The Archaeology Department has yet to confirm if the land where Myles’ house was located is a designated archaeological site as claimed by the Maya leaders of Santa Cruz.