UPDATE: Two injured and one dead in fatal traffic accident 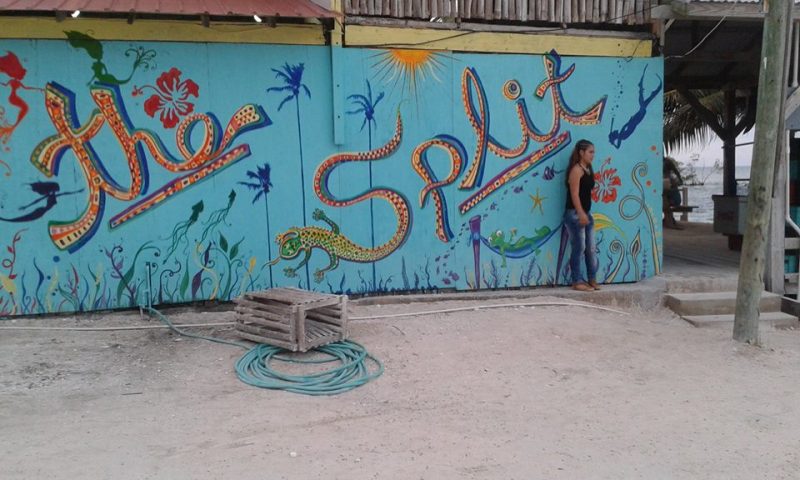 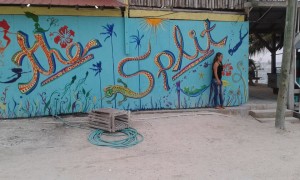 Monday, August 17, 2015. By Richard Harrison: Caye Caulker is a small island village twenty minutes by skiff south of San Pedro, Ambergris and 45 minutes by water taxi north east of Belize City. It is less than five minutes north of the pristine private island Caye Chapel, complete with golf course, where a Four Seasons Hotel is rumored to be in the works.

“The island is basically a sand bar over a limestone shelf. Underwater caves are found in the limestone (which has claimed the lives of several scuba divers exploring them). In front of the village, a shallow lagoon, between 6 inches (150 mm) and 14 feet (4.3 m) deep, meets the Belize Barrier Reef to the east. In front of the village, the reef is known as a dry reef with the reef exposed at the surface, while further north the reef is a deep reef and lies under 2 to 8 feet (0.61 to 2.44 m) of water. This area is popular with windsurfers.

A narrow waterway known as the Split divides the island in two. Some people state that the Split was created by Hurricane Hattie in 1961 which devastated Belize City, however that is a myth. Villagers who actually hand dredged it maintain that it is largely a man-made feature. The Village Council Chairman at the time, Ramon Reyes, recounts that he and others dredged the waterway by hand after Hurricane Hattie opened a passage a few inches deep. 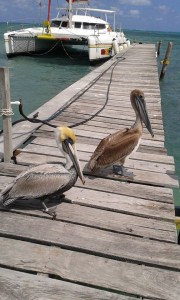 Caye Caulker is thought to have been inhabited for hundreds of years, however the recent population levels didn’t start until the Caste War of Yucatan in 1847, when many mestizos of mixed Maya and Spanish descent fled the massacres taking place across the Yucatán.

The area of the village was granted to Luciano Reyes by Queen Victoria around 1870.” ~ Wikipedia

The area south of the Split is mostly where development have taken place, with the north side lands only recently distributed by government and development is slowly getting under way.

The main industry prior to tourism was fishing.

“Tourism first started on the island around 1964, with only a few visitors on weekends from the mainland Belleview Hotel, brought out by a local boat called ‘Sailfish’, built by a schoolteacher beside the then Teachers House. The early tourists were mostly people working with the Belize Government. Around 1969, Dr. Hildebrand of the University of Corpus Christi started visiting each winter with a Marine Biology Expedition of around 24 students. Backpackers also found their way to the island at this time, but transportation was only by fishing sailboats and there was no accommodation. The Alamina, Reyes and Marin families pioneered the tourism industry and the first scuba diving lessons and trips were started around the late 1960s.” ~ Wikipedia 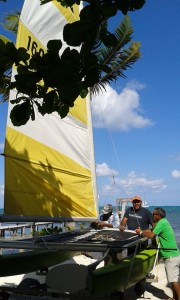 The island can now be accessed by water taxi from Belize City, San Pedro, Corozal, Punta Gorda and Chetumal Mexico, Puerto Cortez Honduras and Puerto Barrios/Livingston Guatemala. It can also be reached by air flights from any part of Belize, Cancun Mexico, Roatan/San Pedro Sula Honduras and Flores/Petén Guatemala. Cruise ships are also now sending day shuttles to the island from their anchor point near Belize City.

Caye Caulker currently has around 720 hotel rooms and a range of restaurants and street-side food, refreshments and gifts vending. Accommodations of all kinds are available, from 4-star and middle-level hotels to guest houses for student education groups and backpackers. The range of visitors is very wide, originating from USA, Canada, France, UK. Germany, Holland, Norway, Sweden, Italy, Spain, Mexico and Central America, with an increasing number from Japan and South America, such that Caye Caulker now does not have much of the so-called “slow season” as experienced by other tourism destinations in Belize. The island turns over around $35 million per year in tourism and fisheries receipts.

There is also a range of marine and land-based tour services offered, both day and night. There is a lot of seafront white sandy beach areas and marina piers with public access for sunbathing, swimming, socializing or spending some quality time with friends or in solitude to meditate or read a book. Rentals for windsurfing, jet skiing, sailing, Para-sailing, knee boarding, banana rides and other water sports are available. Nightlife is few, but fun. 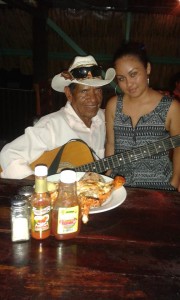 From the beach front in Caye Caulker one can see the white water surf of the deep sea crashing into the Great Belize Barrier Reef less than a mile away…..the 175-mile living reef system protects the entire coastline of blessed-Belize, and is the second-largest barrier reef in the world…. within five minutes by skiff there is Shark Ray Alley where one can swim with sharks, sting rays and sea turtles…..there is Coral Garden, a natural aquarium with a wide range of colorful marine plants, fishes and sea creatures, a snorkelers paradise with different eye-popping spectacles showing at day and another at night….about 20 minutes by skiff is Hol Chan marine reserve, where a snorkeler can get right-up-close to the reef to see and enjoy all its splendor…. at the back of the island is a Tarpon fish conservation at the mouth of a large underground cave….there is also a lagoon with ample supply of sardine bait for fishing. The net revenue from entrance fees to all these sites, after cost-of-operations have been covered, needs to be shared with the Caye Caulker village council for use in helping to finance the following quality-of-life and business/economic development recommendations.