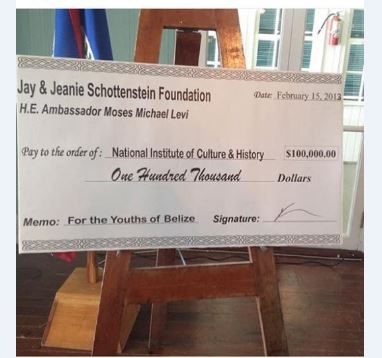 As the music ambassador of Belize I receive absolutely zero financial support from the government of Belize.

I do not get a salary. I do not have a budget. I don’t even get gas money.

With that said I try my very best to help develop Belizean musicians.

Before I was music ambassador I mentored a young Tanya Carter and tried to support her in her efforts to be the super star artist she is today. Whether attempting to take her to the UK to record(I was denied entry) or paying her to record on songs I never released, I was there.

TR Shine is another super star artist that I mentored from the beginning, whether donating $50,000 in equipment to his heights of vibes studio or giving money to shoot videos, I’m always there. 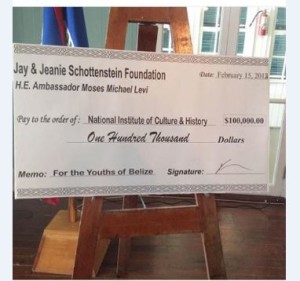 Name 1 Belizean musician that donated $100,000 to charitable Belizean organizations for music and education?

The first runner up in the national song contest Barbara Missy B Herrera is someone I mentored and put with TR Shine and Leroy Young now she’s on her way to being great.

Fact of the matter is without a budget without a salary I’m still making a difference.

I got Supa G his ticket to fly to Los Angeles to record with Machel Montana.

Whether working with Omar Celebrity-Andrew Aldana to mentor Kevin RaeBurn or whiz Pharoah, I’m committed to the development of the music industry of belize.

Whether coordinating with Ivan Duran and James Sanker or the people at BSCAP I’m always working diligently to protect and advance the music community.

Troy Djdalla Flowers and I have been working to get a budget approved to record and market artist we believe in.
But I am not the minister of finance or the president of NICH.

I agree more can be done to further the development of the Belizean music industry. But I cannot do it without at least a budget from the government.

In close all demands for more should be directed to the president of NICH Diane C. Haylock President Haylock is in charge of artist and culture, Not the music ambassador. Haylock controls a budget and gets a salary. In her defense NICH recently had a music conference to develop the music industry and an action plan was created and is in the process of being implemented.

But I can’t be blamed for bureaucracy. If I had a budget and a salary I’d do much more. Until then I’ll continue to do my best.