The first half of the game saw Canada dominating control of the ball, going into half time leading the tally 1-0 as the Belize side went back to playing the strictly defensive style of football that we were once accustomed to see them play. 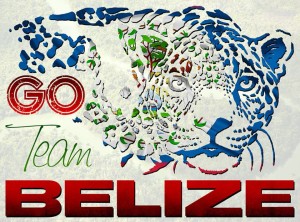 When the second half of the game began, it didn’t take Canada too long to score another goal against the Jaguars, going up 2-0.

As the game progressed, the Jaguars showed glimpses of aggression, getting into the Canadian box a few times but not creating any real opportunities for star striker Deon McCaulay or any other Jaguar to score.

The Canadians struck again in the 90th minute off a corner kick, shortly after goal keeper, Woodrow West, made a spectacular save.

When the final whistle blew, a defeated Belizean National team walked off the field with a 3-0 loss. A return match will be played at the FFB Stadium in Belmopan on Tuesday, September 8th, where the Jaguars will need to win by a margin of 4 goals to advance into the next round of the World Cup Qualifiers.