Warm temperatures to continue in Belize

US IRS crack down on American Belize account holders

Thursday, September 17, 2015. BMG: As part of continued financial tightening in the US to combat tax evasion and money laundering a federal judge in the US has issued an order allowing

the Internal Revenue Service (IRS) to serve a John Doe summons to reveal Americans with offshore accounts in Belize.

The order specifically targets Belize Bank International Limited (BBIL) and Belize Bank Limited (BBL). The IRS wants to know US citizens who have accounts at BBIL, BBL, and others. But the order entitles the IRS to get records of correspondent accounts at Bank of America and Citibank.

BBL, BBIL, and Belize Corporate Services (BCS)–which sells off the shelf companies–are based in Belize. But the John Doe summonses direct Citibank and BofA to produce records identifying US taxpayers with accounts at BBL, BBIL, and affiliates, including correspondent accounts to service US clients.

The IRS already knows about these entities from the IRS offshore disclosure program, OVDP. And now the IRS can ferret out depositors who didn’t step forward. It shows the many ways the US government has of gaining secret bank records.

A John Doe summons to Wells Fargo sought records of the Barbados-based Canadian Imperial Bank of Commerce, First Caribbean International Bank. The government has it down to a science. Remember, coupled with a key whistleblower, in 2008, a John Doe summons blew the lid off the hushed world of Swiss banking. A judge allowed the IRS to issue a John Doe summons to UBS for information about US taxpayers using Swiss accounts. That eventually led to Americans scrambling for cover and UBS forking over names and a $780 million penalty.

With a normal summons, the IRS seeks information about a specific taxpayer whose identity it knows. In contrast, a John Doe summons allows the IRS to get the names of all taxpayers in a certain group. The IRS needs a judge to approve it, but these IRS successes could to lead to more. A John Doe summons is ideal for pursuing account holders at a financial institution. After sniffing out American taxpayers with UBS accounts, the IRS did the same with HSBC in India. 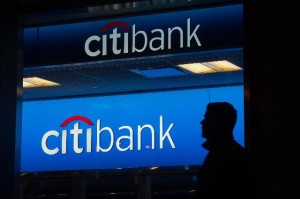 The IRS uses John Doe summonses when it doesn’t know the identities of the suspected culprits. And while it will take the IRS time to collate and process it, you can bet the IRS will put the information it acquires to good use. At the same time, the IRS is pointing to the OVDP. The IRS warns US taxpayers to come forward before it’s too late.

Governor of the Belize Central Bank told the media several weeks ago, however, that Belize had such an agreement in place with the US to report financial information regarding US citizens. Belize Bank, of course, was the first bank in Belize to have corresponding ties with BofA severed and the latest IRS crackdown magnifies why that bank may have decided to de-risk from institutions in the country.