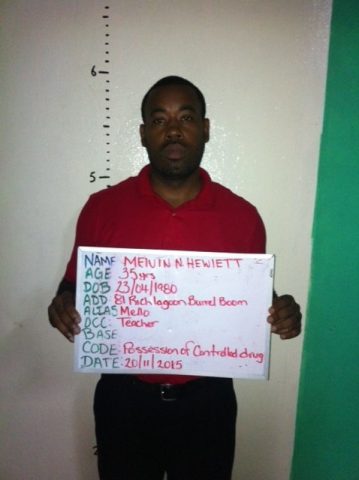 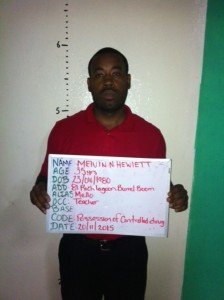 Melvin Hewlett was arrested and charged on Friday for possession of controlled drugs with the intent to supply to another after he was busted by members of the Gang Suppression Unit (GSU).

Around 11:35 Friday morning on Yarborough Road, GSU members were on operations when they spied two men standing on the street side in front of Wesley College. 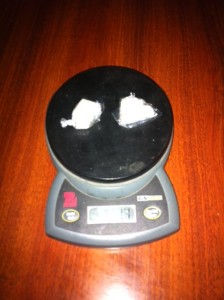 But as they approached, the other man, identified as Hewlett, was seen throwing away a piece of white paper toward the Wesley College compound.

As a result, Hewlett was escorted to the area where the white paper had landed and in his presence and view it was opened resulting in two transparent plastic bags each containing buff bulky substance suspected to be crack cocaine, which was weighed and amounted to 14 grams. As a result, Hewlett was subsequently arrested and charged.