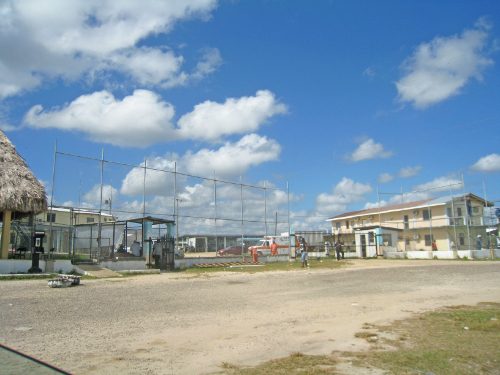 By Aaron Humes: Some 1,443 persons are in Belize’s only prison, the Kolbe Foundation Central Prison at Hattieville, as of the end of 2015.

Of these, nearly 400 are on remand awaiting trial for their alleged offences, with 231 of these facing trial for murder and manslaughter. 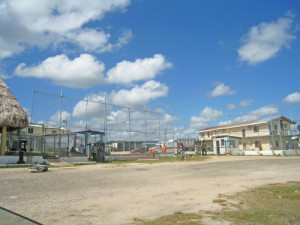 Of the more than 1,000 persons convicted, 124 are jailed for burglary, 110 for drug possession and trafficking; 113 for illegal entry; and 102 for possession of illegal and unlicensed firearms and ammunition. Another 118 are jailed for murder and manslaughter – that’s a little over half the number on remand for those same crimes.

It is to be noted that all of these convicts are male: there are just 39 females in prison, the vast majority of female inmates are in prison for drug trafficking and illegal entry. There is one woman in prison for 5 counts of abetment to carnal knowledge and indecent assault, and a few others for murder and manslaughter.

Three persons are remanded for rape, 13 for robbery, 26 for burglary, 13 for theft, and 9 for carnal knowledge – the major categories of crime.

Meanwhile, there are 16 persons remanded on weapons and ammunition charges and 14 for drug-related offences.

47 year old Fredrick Casimiro had been sentenced back in 2011 to a total of 75 years: 60 years for six counts of carnal knowledge upon an 8-year-old, as well as 15 years for unnatural crime for incidences which occurred between 2007 and 2008 by Justice Troadio Gonzalez.

Meanwhile, former soldier Fidel Williams, 46, is serving 80 years for 10 counts of rape, but he has appealed.

Both sentences were ordered to be served consecutively at the request of the Director of Public Prosecutions.