Belizeans detained by Guatemala to be deported 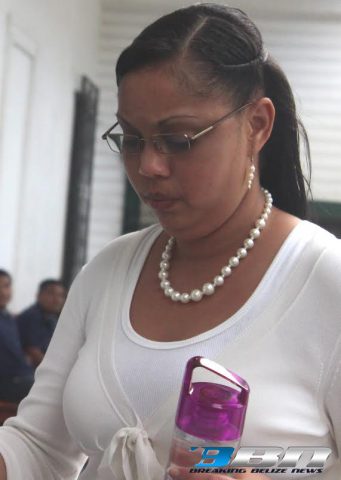 By Aaron Humes: This morning at 9 sharp, Judge Troadio “John” Gonzalez made his ruling in a no case submission put forwarded by the attorney of Calaney Flowers, the former Atlantic Bank employee accused of the August 28, 2012 murder of her ex-boyfriend, 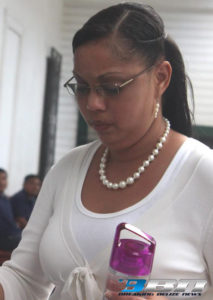 The two were allegedly run over with a red car driven at the time by Flowers in front of Atlantic Bank on Freetown Road.

It was further alleged that when Flowers allegedly ran into Lyndon Morrison motorcycle, it caused him to collide into a parked pickup truck which was in the area of Christian Assembly of God church. Morrison died but Sosa, a Honduran national, lived to tell the tale.

At the commencement of the trial, Sosa testified that Flowers was following then as her boyfriend Morrison was driving them on Freetown Road, and as they were about to cross the second bump, that is when Flowers impact with Morrison cycle and it caused his injuries.

She was also injured but the injuries were not life threatening. According to Sosa, Morrison was going fast and that he told her he could not stop due to the speed he was travelling at.

When asked under cross examination, what Morrison said to her when she Sosa told him that Flowers was following them still and she seem to wat to kill them, Sosa said, “Morrison told her he was going too fast.”

Defense attorney, Arthur Saldivar in his no case submission asked the court to not call Flowers to answer to the charge because it is clear that from the police investigation, Flowers was not the cause of Morrison’s death since there was minimal damage to her vehicle and he submitted that Flowers’ vehicle never hit Morrison motorcycle that night so she could not have contributed to his death or caused his accident which led to his death.

He submitted to the court that Morrison death was an accident caused by himself and that Flowers was innocent of the charges of murder and attempted murder.

But Judge Troadio John Gonzalez held a different view and he rejected Saldivar’s no case submission this morning in his ruling saying, “After consideration to all said by the defence and the crown, [I am satisfied] to a degree that Calaney Flowers does has a case to answer to.”

Calaney Flowers is expected to give her defence beginning tomorrow morning at 9:00. The family of the late Lyndon Morrison remains optimistic following the judge’s ruling.

Lorrel Grant, Lyndon’s mother, said this morning, “We know the true story” and whatever happens after this, they are satisfied.

Grant had testified that Flowers came to her house and told her that, “I just ran over your son, Lyndon.” The police said Flowers also confessed to the crime back in 2012 hence why they charged her with murder.