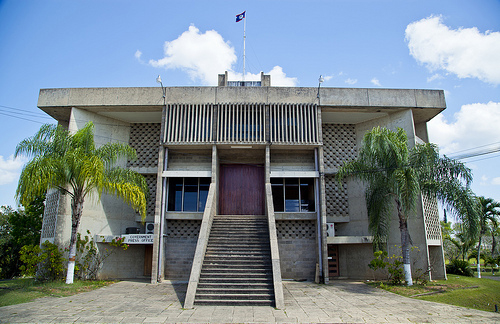 By BBN Staff: Yesterday at the House of Representatives, the Church Senator, Ashley Rocke voted against the motion for a Senate Inquiry into the irregularities at the Immigration Department as pinpointed in the 700 pages of three audit reports.

Immediately after the Church Senator voted against the motion, Pastor Louis Wade sent the following release:

“Senator Ashley Rocke, by his singular action in the Senate today, has brought the Church into severe disrepute at a time when the nation needs the Church and the Church needs the nation the most. Instead of voting for truth, transparency and accountability, he chose to place his tent on the side of visible, rampant corruption and cover up. We are ashamed but we have been saying for some time that the current administration has penetrated the leadership structure of various Church institiutions. Today that has been revealed to the nation in a most disgusting way. It is clear from his original speech that the Senator was to support the motion AS HE HAD COMMITTED. We condemn in the strongest language the change of heart by the Church senator. #IWANTMYCOUNTRYBACK”