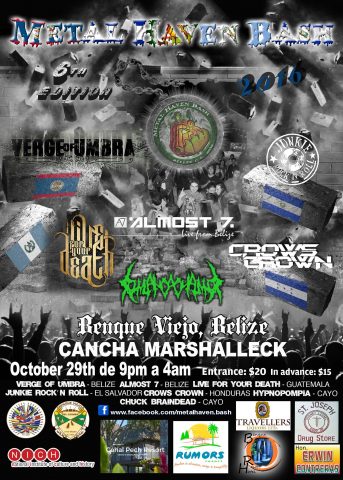 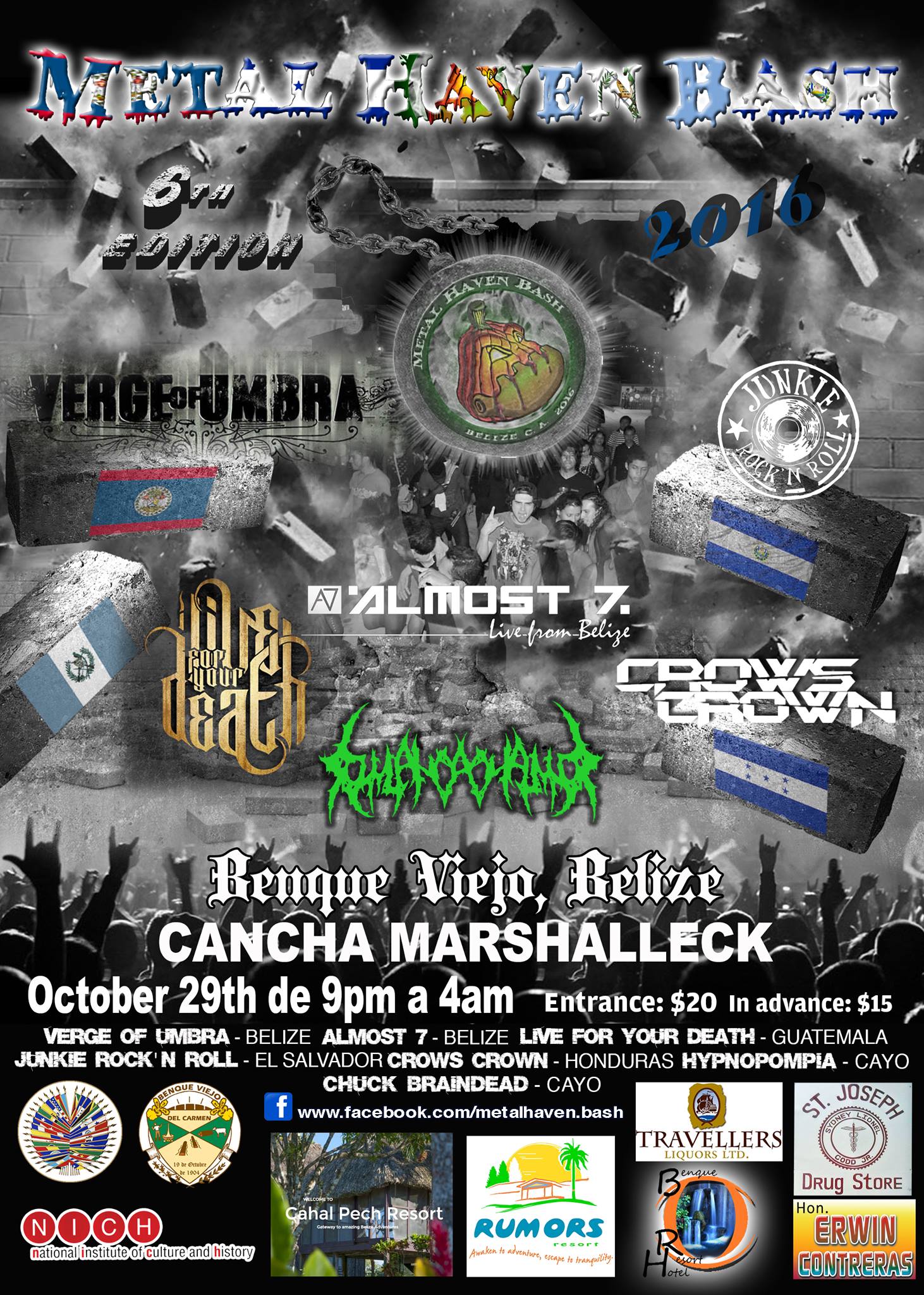 Metalhaven Bash Concert is a non-profit yearly concert held in Benque Viejo. This year’s concert will be dedicated to  the ever growing tensions between Belize and Guatemala.

For over 6 years now, the concerts have been held by inviting bands from different countries from Mexico and Guatemala.  However, in lieu of the recent events between Belize and Guatemala, the group believes that inviting other bands from Central America is the way to unify our region for one night in harmony.

The group feels the need to show the region that even though there might be differences between governments, artists can unite.  In their concerts, they promote Belizean rock musicians, by having them perform alongside other seasoned international and local rock bands, in order to inspire creativity, growth and enthusiasm in this genre of music.

For this 2016 event, they believe that promoting peace and harmony through music is the priority.

This year the event will be held on October 29th, 2016 at Benque Viejo del Carmen.  This year’s event will showcase international bands from Mexico, Guatemala, Honduras and El Salvador.  Also featured would be two of Belize’s best rock bands so a total of six rock bands will perform in Spanish and English during the show.

Since its inception 6 years ago, MetalHaven feels and promotes the importance of instilling good values in the young generation of society. The group stressed the fact that they do not promote violence or drugs in the concerts and have never had any fights during events in the last six years.