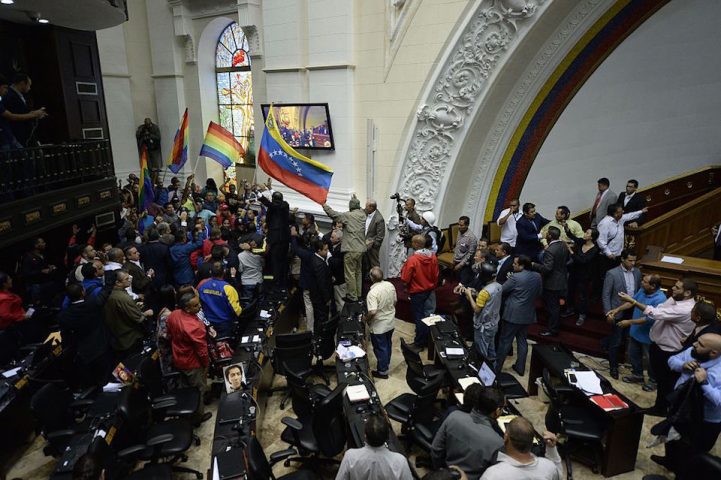 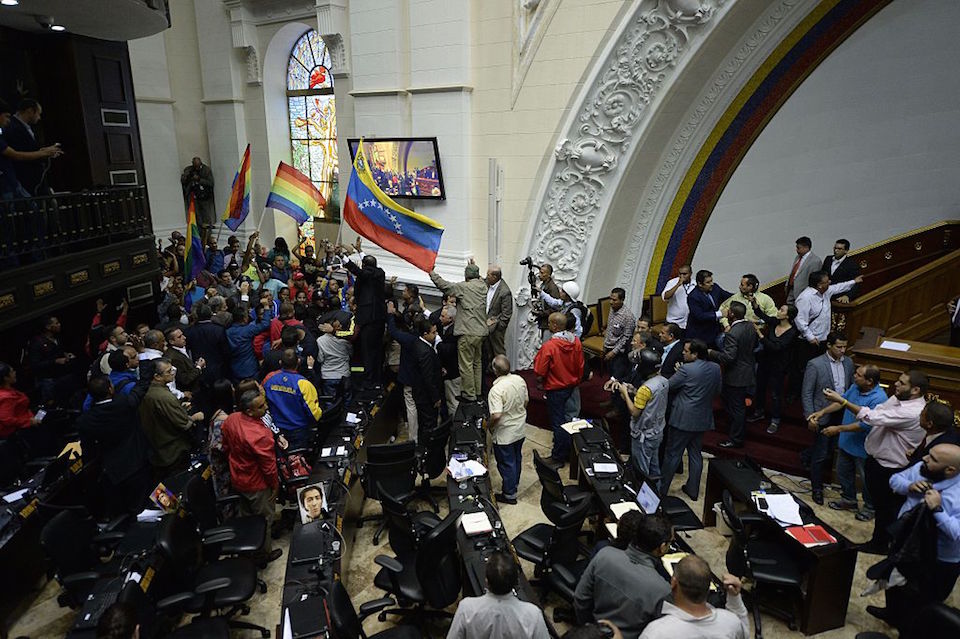 On Sunday, in a special session of the Venezuelan National assembly, a measure was approved that declared “ there has been a breakdown of constitutional order and a continued state of coup led from the highest level of government by President Nicolas Maduro.”

The National assembly is made up of mostly opposition parliamentarians.

Lawmakers of the country have announced that they plan to push for impeachment proceedings against Venezuelan President Nicolas Maduro.

A drive that was being carried out to hold a recall referendum on Maduro has been halted which led to high tensions between the government and the opposition.

A group of pro- government supporters stormed the Venezuelan National assembly building on Sunday afternoon. The protestors charged into the assembly meeting hall, throwing punches, vandalized the building and allegedly stole cell phones from the opposition lawmakers including some journalists.

On Thursday, the federal courts had ruled that multiple cases of voter identity fraud occurred over the summer as the first round of signatures was being gathered to trigger the referendum. Another round to collect signatures is planned to start on Wednesday.

The country continues to battle economic crisis and shortage of food and medicine and the opposition continue their quest to oust Maduro. The opposition have called for massive protests to be held across the country.

The pro government parliamentarians persuaded the group to stop the attack and leave the building.

An interruption of the session of the National assembly by a violent mob was done in 1848. This is the second of such incident.

Maduro is currently on tour in Middle Eastern oil- rich countries in an aim to stabilize the price of oil. In a video statement he recorded while in Saudi Arabia, he said that his government would continue working and continue to win.

According to CNN, in an interview after Sunday’s session, Hector Rodriguez, the leader of Maduro’s party in the National Assembly said the opposition lawmakers wouldn’t prevail.