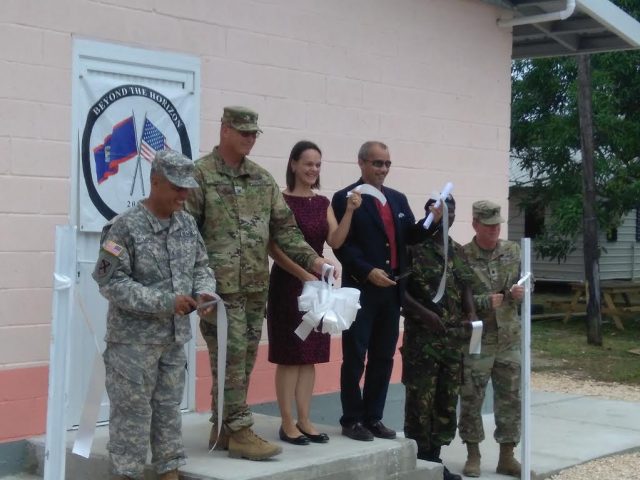 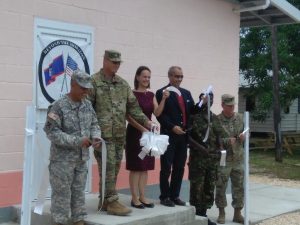 By BBN Staff: Residents of Ladyville and Lord’s Bank will have even more access to healthcare facilities, thanks to the new building inaugurated at the Ladyville Health Center today.

The inauguration is one of several that will be taking place throughout this and next week, as a part of the Beyond the Horizon project, done in collaboration with the United States Army, South, and several other entities.

Major Perez de Jesus of the US Army, explained that the Jaguar Task force, which constructed the building, was comprised of members of the US Army, Belize Defense force, and soldiers from Trinidad and Tobago and Columbia, along with several volunteers from non-governmental organizations.

“We went above and beyond the scope of the project, because the original design of the building did not have a handicap ramp,” he said.

He added that the Jaguar Task force, not only did the design work for the ramp, but purchased the materials for the ramp and the metal railing, as well as bringing in the welder to install the railing.

“Both Ladyville and Lords Bank have grown considerably since we put in the first health center, so we need to increase the capacity in order to serve that growing population,” explained Dr. Ramon Figueroa, chief executive officer in the Ministry of Health.

The inaugurations continue next week with a health center in Double Head Cabbage, and the Western Regional hospital. The entire BTH project is valued at US$11.5 million.