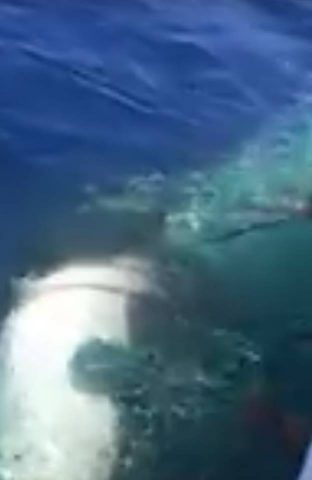 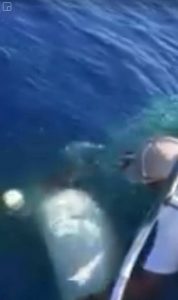 By BBN Staff: Two sharks were found dead this week as a result of out-of-season shark fishing.

Channel 7 news reported that a San Pedro tour vessel came across a 500-foot net, which contained the two dead shark, one of which was believed to be a pregnant female tiger-shark. The net, which is far longer than Belizean regulations allow, did not have any markings, leaving authorities with questions as to who could have cast the net, or when it was cast.

The shark fishing season closed on August 1, in accordance with Statutory Instrument No. 78 of 2011.

The Department of Fisheries, at the close of the season, had reminded that anyone caught shark fishing between August 1 and October 31, commits an offense under the Fisheries Act, Chapter 210 of the Laws of Belize.

The act makes provisions under Section 15 (1) and 15 (2) for both fines and imprisonment, along with additional fines with respect to each fish caught out of season.