PUP to hold its national convention in November 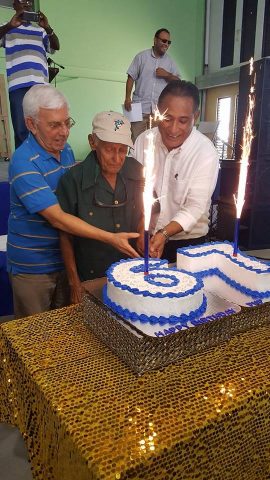 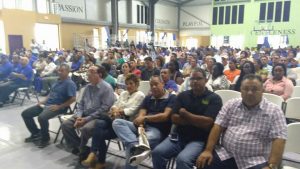 PUP Leader John Briceno, told the press that all seats are up for grabs except those of the Belize Youth Movement, United Women’s Group, and the Marshalls.

According to Briceno, anyone can apply to contest open seats even his seat as party leader.

“Eighteen months ago, when I won, I told the people that I would be ready to lead this Great Party, ready to win. We have been reaching out to people, with the churches, with the unions, with the private sector. We have been having a wide dialogue reaching out to everyone. We believe that I have met the mandate that was set out. But now we need a new mandate because we have the municipal elections in March and then national elections after that. I believe that we need a new mandate and to energize the party base and the party faithful to come together as one People’s United Party to endorse the leadership of the party and the same time to give us that mandate. In our party, we respect democracy and whenever we call this national convention, any member of the party has the right to offer themselves to serve this party. I think it is an honor to offer yourself to serve. So if somebody from Crique Sarco wants to offer his or herself as party leader or treasurer or whatever it is, they have the right.”

Briceno says that the party is now focused on defeating the UDP and the only way they can do so is by being united.

When asked to comment on the speculation that Kareem Musa, son of former Prime Minister, Said Musa, would throw his hat in the race, Briceno revealed that he has not heard so.

According to Briceno, he and the young Musa share an excellent relationship and so does not see any merit to the speculation.

There has been no announcement of anyone contesting for the party leader position at this time.