Man who allegedly raped cell mate to be charged 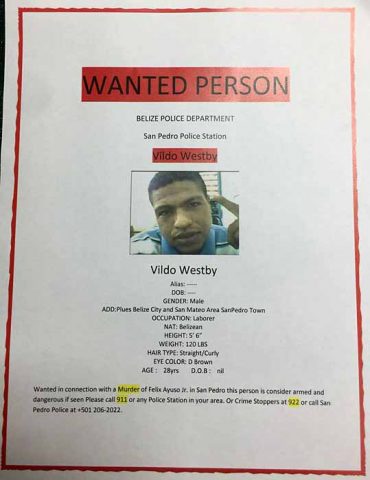 By BBN Staff: It has been widely rumored that Mexican authorities nabbed the man wanted in connection with the murder of San Pedro personality, Feliz Ayuso, who was found stabbed to death in his home on February 1, 2017.

The wanted man, Vildo Westby according to sources was located over the weekend. However, during a press conferene held in Belize City today, police could not confirm or deny the rumors.

According to police, they are communicating with Mexican authorities through INTERPOL because they too heard the rumor but have not received any official confirmation.

According to police, Westby is wanted for questioning in the death of Ayuso.