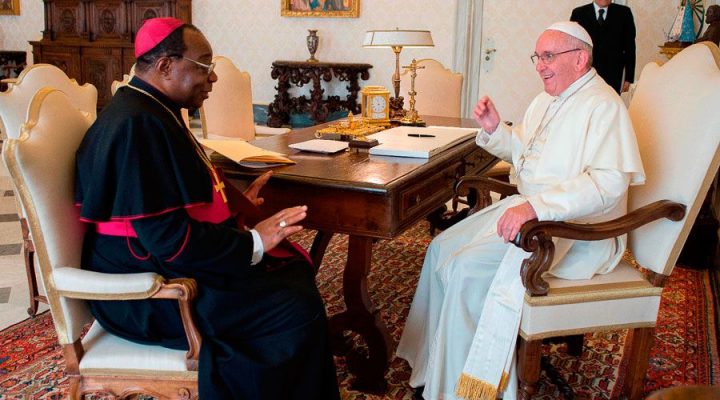 Kalenga replaces Bishop Emil Paul Tscherrig, who was appointed Apostolic Nuncio in Italy in September 2017 and bid farewell to Argentina in December.

Kalenga was born in Kamina, Democratic Republic of Congo on July 17, 1956.

He obtained a Doctorates in Canon Law and entered the diplomatic service of the Holy See on February 27, 1990.

Kalenga has served in the pontifical representations of Haiti, Guatemala, Zambia, Brazil, Egypt, Zimbabwe and Japan.

On March 1, 2008 he was appointed Apostolic Nuncio in Ghana.